Airbus to Boeing: My Plane Is Better Than Yours

Airbus and Boeing have clashed over the performance of their latest revamped models as the aerospace companies battle for market share by offering fuel savings to cash-starved airlines. 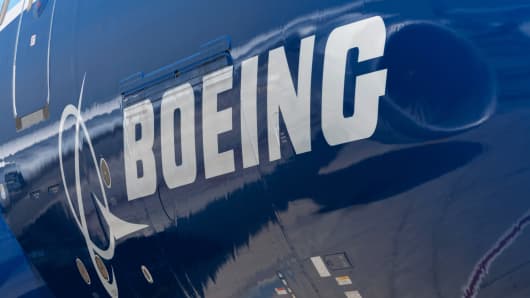 Dunkan Chard | Bloomberg | Getty Images
A Boeing Co. logo is seen on the fuselage of a Boeing Co. 787 Dreamliner aircraft.

The dispute is being splashed across the columns of specialist industry magazines in a series of negative ads as the world's dominant aircraft makers battle to maintain their share of the $100 billion a year commercial airliner market.

In the latest exchange, Airbus ran an advertisement in Aviation Week on Monday accusing its rival of "exaggerating the capabilities" of both the 737 and the latest 747 models.

The ad featured a Boeing aircraft with an elongated nose in the style of Pinocchio under the headline: "Why is our competitor stretching the truth?"

"They are blatantly misrepresenting the truth by orders of magnitude," Leahy told Reuters. "What is going on is just over the top." Boeing defended its advertising.

"We believe in - and history has shown - the superior performance of our products and services. We stand behind our performance claims," said Boeing Commercial Airplanes spokesman Marc Birtel.

"Ultimately, our customers will decide based on their experience and analysis relative to their needs."

The exchange is the latest evidence of tensions that have escalated steadily since both companies took a gamble by tweaking their most popular models to offer fuel savings.

The decisions triggered an avalanche of orders, first for the revamped Airbus A320neo and then the Boeing 737 MAX. But industry sources say that has not prevented prices from coming under pressure as each side fights for market share.

"This is an industry that thrives on producing incremental products, where just a couple of percentage points in performance can make a dramatic difference," said aerospace analyst Richard Aboulafia of Virginia-based Teal Group.

"There is no prize for being second."

The Boeing 737 is the U.S. company's most popular aircraft and competes with the Airbus A320 in the largest segment of the aircraft market, estimated at $2 trillion over 20 years.

Both planemakers are bringing out revamped versions of these roughly 150-seat jets from around the middle of the decade.

Boeing says its 737 MAX 8 will cost 8 percent less to operate per seat than the revamped A320neo. Airbus says the Airbus aircraft has a 3.3 percent cost

advantage per seat. Much of that discrepancy is due to a basic disagreement over the relative merits of the existing generation of aircraft.

Boeing says its 737 is already 8 percent more efficient per seat than the current A320. Airbus says the roughly 50/50 market split in recent years indicates the aircraft are comparable.

Such contradictory claims are also being made for some of their largest aircraft.

Boeing's 747-8 is a stretched 467-seat version of its legendary jumbo jet and is designed to compete with the 525-seat Airbus A380 superjumbo, the world's largest airliner.

Rivalry between Airbus and Boeing comes as no surprise, but rhetoric has sharpened as Boeing looks set to recover the top spot in the industry by out selling Airbus this year. Airbus says its rival is merely catching up after a record European year in 2011.

Industry analysts and executives say competition has also intensified since

Ray Conner stepped up from being Boeing sales chief to become president of the commercial division in June.

Rivalries in aerospace are fierce and Leahy has himself been accused by Boeing executives of overstepping boundaries at airshow appearances, but detailed attacks are rare.

Monday's Airbus advertisement is not Pinocchio's first appearance in the take no-prisoners world of aviation.

At the Farnborough Airshow in 1994, the head of Boeing's jetliner unit compared an Airbus executive to Pinocchio in a spat over market share, according to Flight International.