Mortgage Interest Deduction, Once a Sacred Cow, Is Under Scrutiny 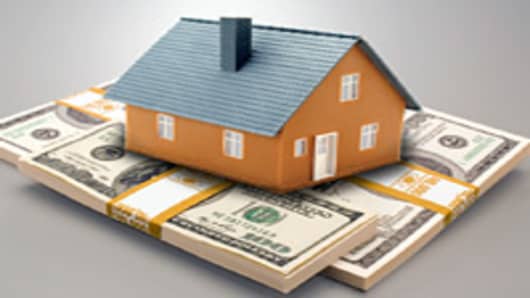 A tax break that has long been untouchable could soon be in for some serious scrutiny.

Many home buyers deduct their mortgage interest when assessing their tax bill, a perk that has helped bolster the income of millions of families - and the broader housing market.

But as President Obama and Congress try to hash out a deal to reduce the budget deficit, the mortgage interest deduction will likely be part of the discussion.

Limits on a broad array of deductions could emerge in any budget deal. It is likely that any caps would be structured to aim at high-income households, and would diminish or end the mortgage tax break for many of those taxpayers.

"This is definitely a chance worth jumping for," said Amir Sufi, a professor at the Booth School of Business at the University of Chicago. "For a fixed amount of revenue, it's better to remove deductions than increase marginal tax rates."

Such a move would be fiercely opposed by the real estate industry. The industry has played a crucial role in defending the tax break, even as other countries with high homeownership have phased it out.

Housing market players who oppose any whittling down of the mortgage deduction still have plenty of time to press their case before Congress makes a decision. If President Obama and Congress do manage to reach an agreement to avoid the looming tax raises and spending cuts, their deal will be broad in nature. Then, over the following months, Congress will hash out details, like any caps on deductions.

One of the reasons the mortgage tax break is so vulnerable is that both Democrats and Republicans have recently favored capping deductions, including both President Obama and the recent Republican presidential nominee, Mitt Romney.

What is more, deductions could be used to grease a compromise in the budget negotiations. High earners would be hit most by deduction limits, something that might make Republicans recoil. But the party may tolerate such a policy in return for a deal that limits how much actual tax rates go up for high-income households.

Taken on its own, the deduction limit wouldn't make a huge difference. But it can play an important role in a broad plan to cut the deficit, and shows a willingness to tackle once sacred cows. The tax numbers suggest it may not be hard to structure deduction limits in a way that leaves most middle-income households untouched.

With the mortgage interest deduction, households realized tax savings of $83 billion in 2010, according to figures from the Reason Foundation. The bulk of those savings are enjoyed by the higher earners.

There are a range of ways to increase tax revenue by aiming at higher earners, some less comprehensive than others. For instance, the interest deduction relating to second homes could be ended. Also, the cap on mortgage debt eligible for the interest rate deduction - currently $1 million — could be reduced.

There are broader approaches, too. In its proposed budget, the Obama administration plans to focus on top earners. The administration suggests capping deductions at 28 percent for high-income households, those earning more than $250,000.

Under the current rules, a high-earning household deducting $20,000 in interest payments would probably apply a 35 percent rate to that amount and receive $7,000 in tax savings. The Obama budget aims to limit that tax saving by capping that rate at 28 percent. If that rate were applied to $20,000 of interest payments, the saving would fall to $5,800.

The United States would capture the difference. Over the next 10 years, that 28 percent cap could increase tax revenue by $584 billion, according to the Treasury Department.

Still, there are situations where certain middle-income earners do get hit by deduction limits.

Consider a policy that uses a dollar limit, and caps all deductions at $35,000. That amount would be plenty to cover most middle-income households' mortgage interest, state and local taxes and charitable giving.

But people earning more than $100,000 may start to reach the limit, according to Sidney B. Rosenberg, associate professor emeritus at the University of North Florida. He assumes a household earns $110,000 and has a $300,000 mortgage on which it pays $17,500 a year. It also pays property taxes and state taxes at estimated nationally average rates. Such a family would have nearly $35,000 of deductible expenses, Dr. Rosenberg calculates. 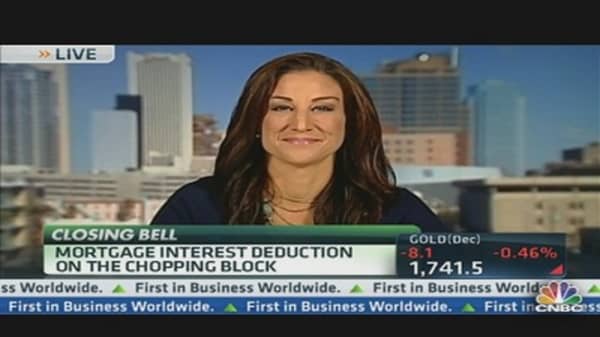 One argument against curtailing the mortgage deduction is that it could reduce demand for housing, depressing home prices when the housing market is still somewhat weak. The National Association of Realtors believes a removal of the deduction could reduce property values by 15 percent, according to a presentation last year from its chief economist, Lawrence Yun.

Other analysts say they believe the housing industry overstates the potential impact. With several forms of government subsidy also supporting housing, it's hard to single out the effect of the mortgage deduction. At the most, the Reason Foundation estimates, the deduction may bolster house prices by 3 percent.

Since any deduction cap is likely to aim at higher earners, expensive houses would be most affected. But big-ticket homes appear much more resilient to shocks than lower-cost dwellings.

CoreLogic, a housing data company, tracks data that effectively divides the market into higher- and lower-cost houses, grouping them based on the size of the mortgages. The prices of the higher-cost houses are up 5.9 percent since the start of 2005, before the housing crash. In contrast, the houses at the lower end have fallen 13.5 percent in price since the beginning of 2005.

Given the apparent sturdiness of the higher end of the housing market, politicians may decide there are few risks in effectively capping mortgage deductions for high earners. Limiting tax breaks in a way that could reduce mortgage relief would be a change for Washington, which has done so much to support housing.

Nick Kasprak, an analyst at the Tax Foundation, said that up until recently he didn't expect to see a cap on deductions. "But now," he said, "it seems both parties are open to pursuing this strategy."