Why Companies Are Rushing to Take On Debt This Year

Record-low rates are driving a gusher of new corporate debt this year, but investors should be careful because the quality of those bonds has peaked, experts say. 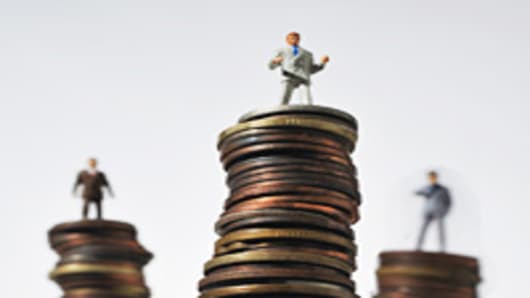 The amount of investment grade and high-yield corporate bonds issued so far this year is already at a record $1.2 trillion, according to Thomson Reuters IFR. And corporate treasurers are rushing to issue more debt before the end of the year, when tax laws are likely to change.

This week alone, there has been about $35 billion in investment grade deals, including Walt Disney, Shell, and Costco. hat puts the November total at about $125 billion, the second highest monthly amount ever, according to IFR.

While many companies have been refinancing higher-yielding debt, there has been a more recent pickup in bonds that finance acquisitions, pay private equity investors, buy back stock and—as the case with companies like Costco — fund special dividends . (Read More: Don't Chase Special Dividends )

"You're seeing a lot of issuers that want to get in by the end of the year," said Steven Boothe, portfolio manager at T. Rowe Price. "The market does tend to shut down as you get closer to Christmas. You're seeing a lot of these dividend type deals, and that's a function of the tax law change." 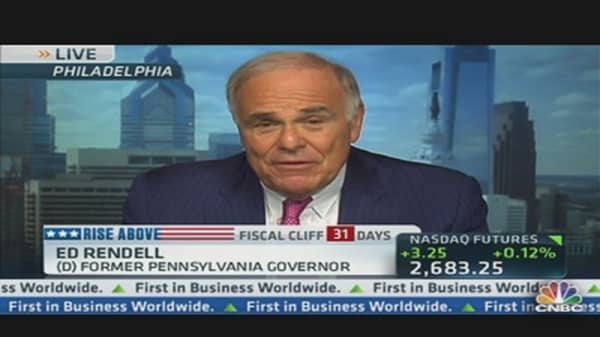 The current 15 percent tax rate on dividends expires at year end, and it is expected to go higher next year, possibly to as much as 43.8 percent for the highest earners.

Many companies have therefore moved forward their dividend payout date, or in the case of Costco and dozens of others, they've offered one-time special dividends , payable before year end. (Read More: Do Special Dividends Boost Stock Price?)

Boothe said the Fed's zero-interest-rate policy is the main driver feeding the bond issuance trend, and treasurers have been taking advantage of it.

"They just want to lock in low rates," he said. "The market is open right now. We have no idea what the market will look like in Q1" because of uncertainty over how the " fiscal cliff " is resolved.

If Congress fails to stave off the cliff, "you certainly would see risk aversion," he added. "You would certainly see spreads wider."

The fiscal cliff is the $500 billion or so in tax hikes and spending cuts that would hit the economy starting Jan. 1 if Congress does not act. From all appearances, the White House and Republicans seem far apart on how much to tax and what spending to cut.

Companies in the past quarter have become more aggressive in the types of financings they are doing, but nowhere near pre-financial crisis levels.

"We think leverage is going to start picking up among issuers," said Kyle Jennings, managing director at Newfleet Asset Management. "I imagine we're seeing deals that come to market that have higher leverage multiples. We think we're past the peak in credit quality."

"We'll see modest deterioration, but as long as GDP growth remains at 1.5 percent or greater, we think the companies are well positioned to weather that kind of situation," he said. "In 2009 and 2010, you were seeing deals coming with 3.9 to 4 times total leverage. Now in the leveraged loan space, it was 4.3 in 2011, and 4.4 this year."

But Jennings, Boothe and other experts dispute the idea that the bond market has become overly "bubbly." (Read More: ' Cliff' Dive Could Unleash 'Chaos'—Economists )

"It's not a troubling issue at the moment, but if you're looking toward credit spreads, that would clearly be a headwind for those spreads to improve," said Joel Levington, managing director corporate credit at Brookfield Investment Management.

"That's really a function of a very modest amount of earnings growth that we expect in 2013," Levington added. "When you have a scenario of limited earnings growth and relatively healthy balance sheet, that's the lever that management teams usually pull to use their financial fire power to push earnings higher and whether that's done through share purchases, or acquisition or a combination of both that tends not to be to the benefit of bondholders."

The calendar of new corporate debt offerings will likely remain heavy for the next couple of weeks, and the issuance isn't happening in a vacuum. Demand for corporate debt is very high, and there have been inflows in 20 of the last 21 weeks into corporate bond funds, according to Lipper.

For the week ended, Nov. 28, inflows amounted to more than $900 million and inflows into those largely retail held funds was a total $45 billion for the year. When including other funds that hold some corporates, total inflows were $118 billion, according to Lipper. That compares to $63 billion in outflows this year from equities.

"We think the corporate bond market still offers value given the uncertainty around the equity market," said Bill Eastwood, who is Newfleet's senior trader.

He and Jennings say returns should be more modest next year, but the environment will still favor corporate debt.

"That's based on our expectation for continued but low, modest growth. In that scenario fundamentals should be able to remain pretty solid," Jennings said.

Experts say investment grade could be up single digits next year.

"I don't think investment grade spreads are overly tight," Levington said. "I think there's a strong technical demand for the paper which underpins the levels. I don't think the levels are particularly outrageous given the fundamentals and techncials. I think down the road, eventually the government can't go on forever having next to no yield on the Treasury and eventually that will hurt all sorts of bonds."