The number of Americans filing new claims for unemployment benefits fell last week to one of its lowest levels since before the 2007-09 recession, a sign of increasing health in the labor market.

Initial claims for state unemployment benefits dropped by 11,000 to a seasonally adjusted 304,000 for the week ended July 5, the Labor Department said on Thursday. Economists polled by Reuters had forecast first-time applications for jobless aid to hold steady at 315,000 last week.

Employers slashed their payrolls during the country's deep recession, but the long cycle of aggressive layoffs now appears over. 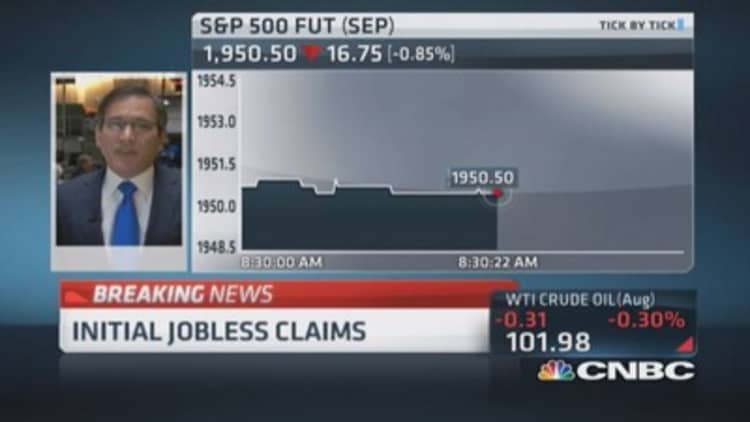 The four-week moving average for new claims, considered a better measure of underlying labor market conditions as it irons out week-to-week volatility, declined by 3,500 to 311,500 last week. That was the second-lowest reading for the moving average since August 2007. After falling steadily for several years, the moving average has been largely unchanged since the spring.

The labor market, however, is still not fully healed. Firms have been more reticent about hiring and the jobless rate remains elevated.

The Labor Department said there were no special factors influencing the state level data.

The claims report showed the number of people still receiving benefits after an initial week of aid increased 10,000 to 2.58 million in the week ended June 28.

Read MoreThe real impact of the jobs report on stocks