The Fed: On course and on the money 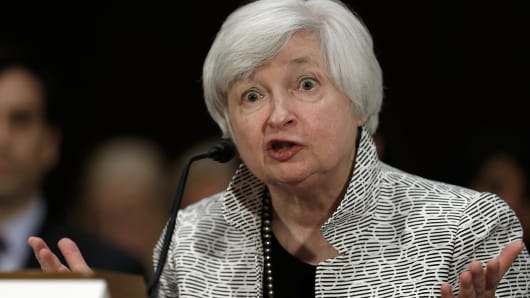 Investors – as opposed to variable-frequency traders – should not play the game of trying to pinpoint the timing, the extent and the speed of policy changes by the U.S. monetary authority (Fed).

Focus on inflation if you want to know what the Fed will do next. Inflation is the key part of the Fed's mandate, and the only truly binding constraint to American monetary policies.

That's what I shall do in this paper.

Start with the Fed's laudable concern about U.S. labor market conditions. But don't get distracted by reports about 19 labor market indicators allegedly guiding the Fed's decisions.

Maybe the Fed is doing that. But you don't have to.

Why? Because the demand-supply forces in the labor market are reflected in the price of labor – hourly compensations, employment cost indices (wages plus benefits) and unit labor costs (hourly compensation minus productivity gains).

And here is what these three measures of labor market pressures are telling us.

In the first half of this year, the (nominal) hourly compensation in the U.S. nonfarm business sector increased 3 percent from the year before. That compares with an average 1.9 percent increase in 2012 and 2013.

Don't read any particular message here because hourly compensations won't cause inflationary flare-ups if they are offset by productivity gains. 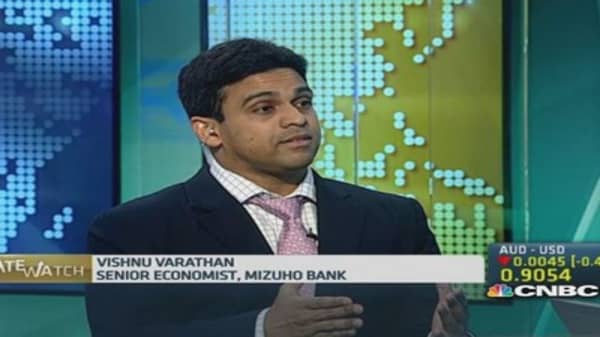 We, therefore, have to look at unit labor costs. In the first two quarters of this year, they were up 2.1 percent from the same period of last year – some acceleration from an average 0.9 percent increase observed in the previous two years.

Clearly, none of these labor cost indicators should sound alarm bells at the Fed.

Read MoreFed: US consumers have decided to 'hoard money'

That is also what the weak labor market data are telling us. The actual unemployment rate in August was nearly double the officially reported 6.1 percent -- once you add in 7.3 million of involuntary part-time workers (people who work part-time because they can't find a full-time job), and another 2.1 million people who have largely given up on job search and dropped out of the labor force. And there are 3 million people counted as the long-term unemployed – nearly one-third of all the persons officially registered as being out of work.

Again, this simple and robust evidence shows that there is no need for 19 indicators to see that the actual labor market slack in the United States remains quite large.

These few numbers, taken out of a report compiled and published by the U.S. Bureau of Labor Statistics (BLS), easily pass the specificity test because they correctly identify the problem we are trying to measure (i.e., the magnitude of the labor market slack). They will also pass the sensitivity test because they will show that the changing demand-supply relationships in U.S. labor markets are directly reflected in changing manpower costs.

You can see that by relating the above-cited increases in hourly compensations and unit labor costs to the fact that the unemployment rate and the number of unemployed have declined by 1.1 percentage points and 1.7 million people in the year to August.

The next question is: How does the current state of labor markets look in the context of demand-supply conditions (or capacity utilization rates) in manufacturing and service industries?

Both are showing a steady progress of the U.S. economy. The rate of capacity utilization in the U.S. manufacturing sector increased 1.7 percentage points to 79.2 percent in the year to July – a good number but still below the long-term average of 80.1 percent, and considerably below the cyclical highs of 85 percent observed in late 1990s.

So, that's where we stand at the moment. To see where we might go from here requires a look at household incomes and credit conditions, the two key variables moving three-quarters of the U.S. economy (personal consumption and residential investments).

There has been a considerable improvement in both variables since the beginning of this year. The households' real disposable income increased 2.5 percent in the first half of the year from the year before – a good rebound from a 0.2 percent decline during 2013. The current households' savings rate of 5.1 percent is also a sign that steady consumer outlays can be sustained in the months ahead. 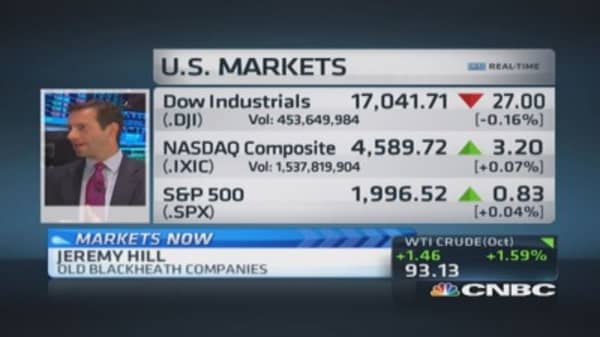 And then the Fed now has the evidence that its unprecedented monetary easing is finally gaining some traction. The bank lending to consumers rose nearly 7 percent in the year to July. That is good news after long periods of bank's weak consumer loans when nonbanks were providing the bulk of household financing.

The Fed's extraordinary monetary easing has restored the seriously damaged U.S. financial system and supported the economic recovery in an environment of remarkable price stability.

But the time to turn the leaf is upon us. A whopping $85.9 billion increase of the Fed's monetary base (i.e., its balance sheet) in the course of August is clearly unwarranted; and so is its 20 percent annual rate of expansion. A 0.08 percent effective federal funds rate (at the close of Friday's trading) is also unnecessarily low. Such a key policy rate should be a thing of the past when the Fed was rescuing its grossly mismanaged financial institutions.

If a gradual withdrawal of the monetary stimulus is started at a time of quiescent inflation, financial markets need not be destabilized, and economic growth would not be stifled with unduly rising credit costs for businesses and households.

That time is now. The U.S. inflationary expectations are sufficiently well anchored to prevent any major and sustained turbulence in bond markets. Foreign demand for U.S. debt instruments will also remain strong – given the alternatives and the dollar's safe haven status at a time of deteriorating global security and unwise big power hostilities.

Although fully valued, the U.S. equities still offer good long-term investments. They are strongly underpinned by a growing economy and rising profit shares as a result of subdued labor costs.

Michael Ivanovitch is president of MSI Global, a New York-based economic research company. He also served as a senior economist at the OECD in Paris, international economist at the Federal Reserve Bank of New York and taught economics at Columbia.