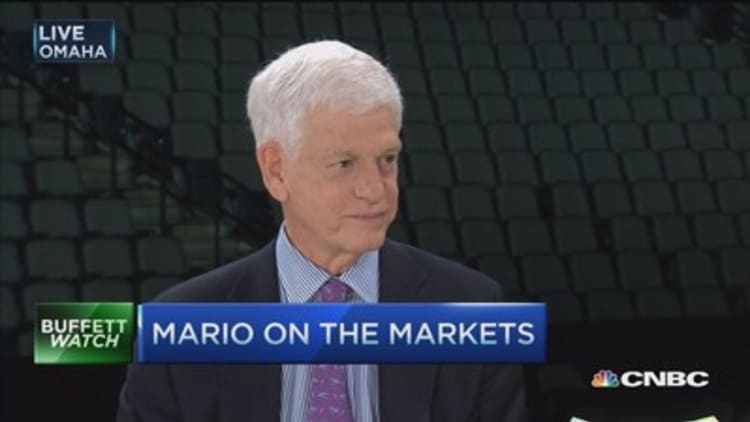 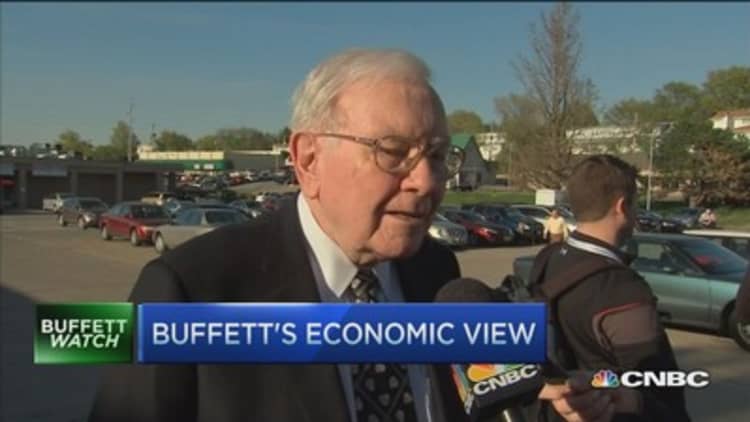 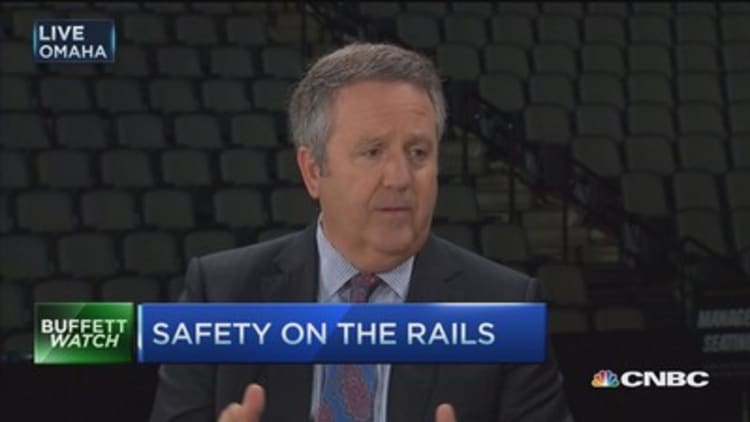 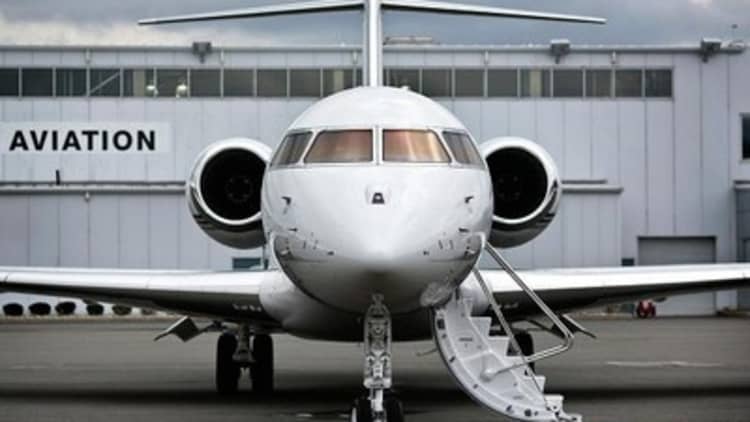 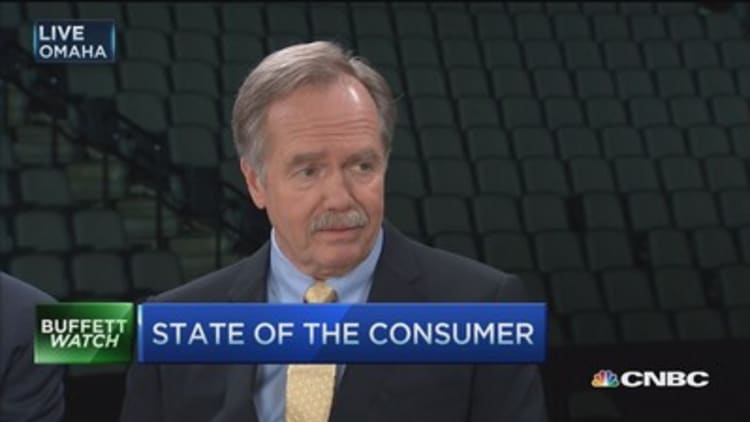 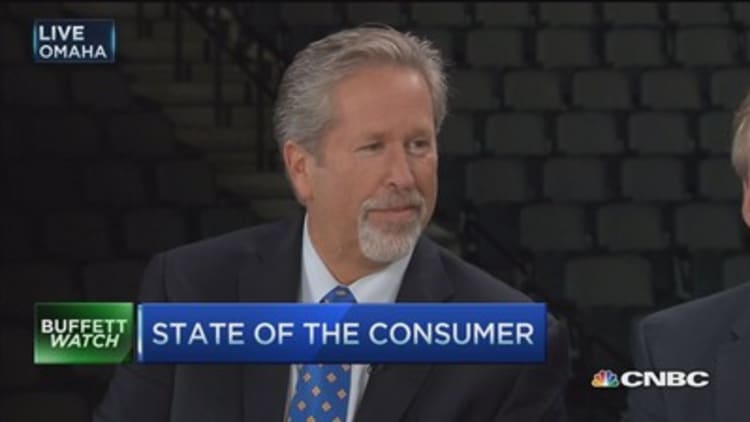 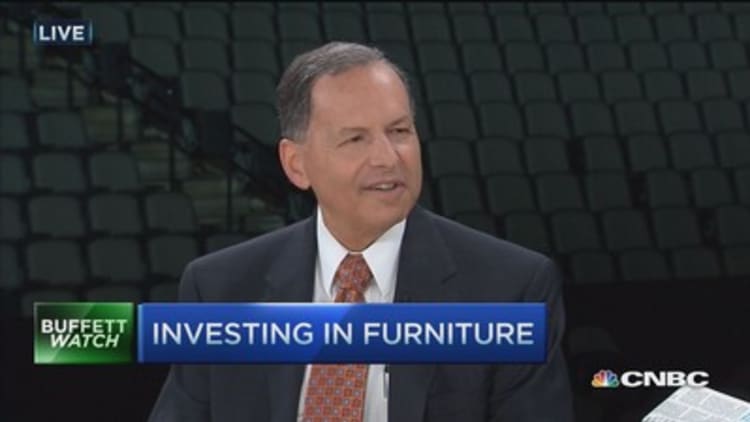 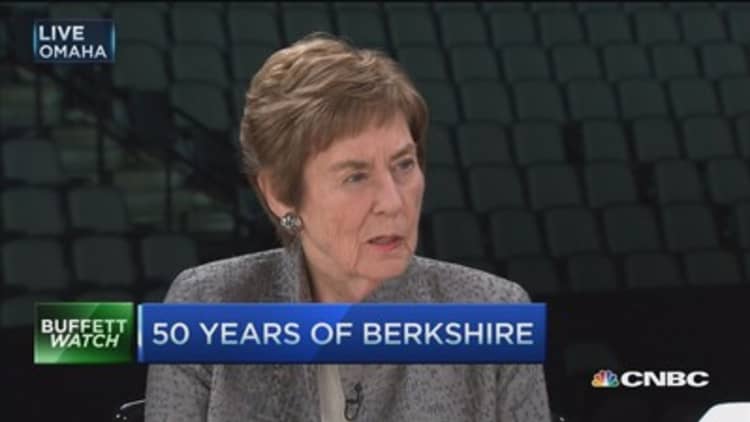 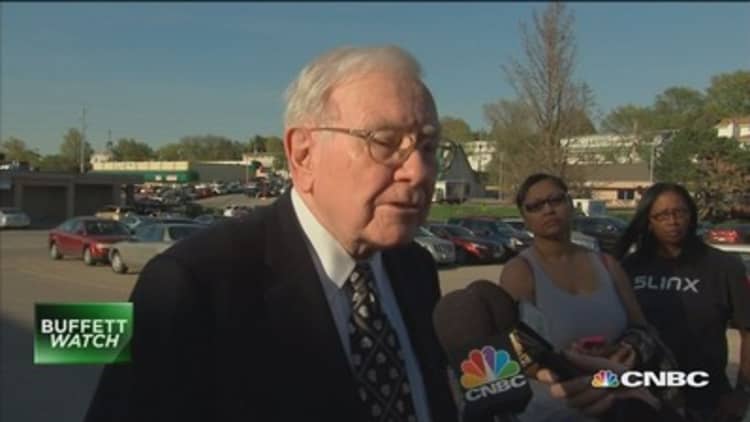 "As we look into 2016 ... I'm [also] looking at the economy in Europe picking up. The American companies will do a lot better because of earnings in Europe coming into the U.S.," he predicted in a CNBC "Squawk Box" interview. "The [U.S. stock] market is a function of earnings, and we're comfortable with that."

He warned, however, that "on balance there's no margin of safety. If something goes wrong, you'll have the volatility that you had [Thursday]." The Dow Jones Industrial Average, the , and the Nasdaq Composite Index closed lower in a choppy session on the final trading day of April, which did finish positive, but just barely.

When the Federal Reserve decides to raise interest rates, the move or moves won't be that sharp, said Gabelli, founder, chairman and CEO of Gamco Investors, which has $47.5 billion in assets under management.

As for his investment in Berkshire, Gabelli said he started buying the stock some 30 years ago, when Berkshire A shares went for about $2,000 each. They traded at more than $213,000 per share as of Thursday's closing price—down about 5.5 percent for the year. Gabelli said he's been attending the Berkshire shareholders meeting for about 15 years.

For investors who want to bet on Buffett and not break the bank, there's always the Berkshire B shares, which closed Thursday at $141 and change per share.