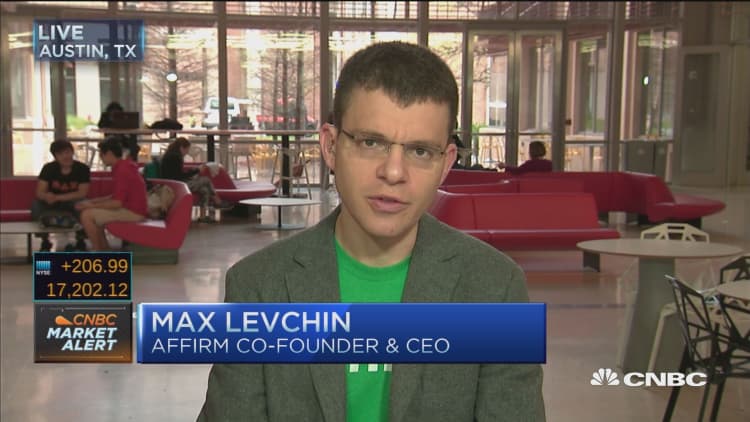 As the ongoing feud between Apple and the FBI drags on, Paypal co-founder and Affirm CEO Max Levchin said his views about the dispute have changed.

Though Levchin first supported the government's request for Apple to help authorities unlock an iPhone used by one of the shooters in the San Bernardino terror attack, he is now in favor of the tech giant.

"The reason I changed my mind is very simple. I'm a parent. I'm a patriot. I desperately want the FBI to have the information inside this phone because it will make the country safer, and I think that's just what everybody feels like in this case. I'm not alone," said Levchin on CNBC's "Squawk Alley" on Friday. "But the bigger issue is at hand and the precedent setting that I had initially didn't really understand as deeply as I do now is paramount."

The Justice Department on Thursday filed its latest response to Apple in the fight over iPhone encryption, calling the tech giant's rhetoric in the case "false" and "corrosive" of institutions that safeguard rights.

"Here, Apple deliberately raised technological barriers that now stand between a lawful warrant and an iPhone containing evidence related to the terrorist mass murder of 14 Americans. Apple alone can remove those barriers so that the FBI can search the phone, and it can do so without undue burden," the DOJ wrote in the filing.

Apple is due to face the FBI in court later this month. The company, which has said it would have to create software to allow investigators to crack the phone, has argued that doing so could create a dangerous precedent. In a call with reporters Thursday, Apple senior vice president and general counsel Bruce Sewell said the DOJ has become "so desperate" that it has "thrown all decorum to the wind."

The debate about whether we have a law on our books that says a company can be compelled to modify its software to open up previously pronounced secure systems is unprecedented, said Levchin.

"Bringing that into the public spotlight, talking to the people about it, having a debate in Congress is the right thing to do, and it is more important than this one particular issue, so I had to change my mind and speak about it. And, I think that I'm probably not going to change my mind again on it."