On a Tuesday in late March, Vungle CEO Zain Jaffer arrived disheveled and jetlagged to Microsoft's developer space in San Francisco. He'd been on an overnight flight from Beijing following an Asian trip for his online advertising start-up.

Jaffer returned home early when the opportunity arose for a one-on-one meeting with a key figure at Microsoft: CEO Satya Nadella. 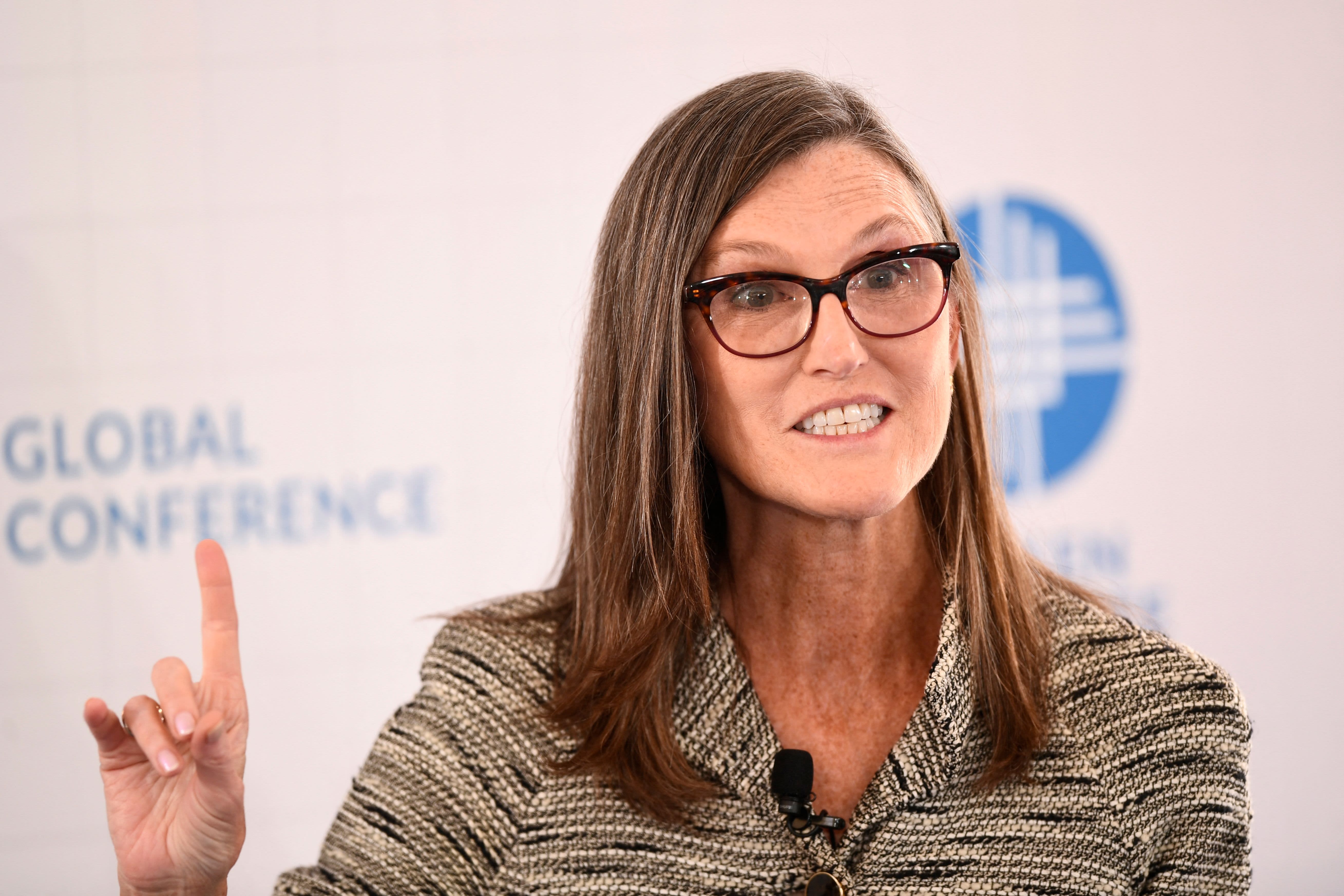 He sprinted through the airport to make it downtown in time for an intimate event with a handful of Microsoft's top-tier partners ahead of the company's Build developer conference. Nadella was flanked by corporate vice president and chief evangelist Steve "Guggs" Guggenheimer.

"We were the smallest company there," said Jaffer, whose ad business forged a deal with Microsoft in November to make video promotions available in games on the new Windows 10 operating system. "I was flattered to be in the room."

Windows 10 now wants you to pay for Solitaire

A start-up CEO would, of course, be foolish to turn down face time with the head of the world's biggest software maker, grabbing a slot that would otherwise likely fall to a top executive at Google, Facebook or Twitter. That Nadella is carving out time for companies like Vungle shows Microsoft's renewed effort to lure mobile developers and the CEO's refusal to concede defeat after years of underperformance.

It's hard to think of Microsoft as an underdog. Fifteen years ago the software giant was so powerful and dominant that the U.S. government sought to break it up.

But in mobile computing, the struggle is real, and Microsoft is an afterthought. Windows commands just 4 percent market share, way behind Google's Android at 62 percent and Apple's iOS at 28 percent, according to Net Market Share. Microsoft has grown its share slightly from 2.6 percent at the end of 2015.

Improving MIcrosoft's image as a serious mobile player won't be easy. In July, just over a year after acquiring Nokia's handset business for $7.2 billion, marking a head-first dive head into mobile phones, Microsoft wrote off the entire purchase and announced 7,800 layoffs, mostly in the phone division.

Atari founder Nolan Bushnell, who recently partnered with publisher Spil Games to develop mobile apps for iOS and Android said of Windows, "They're such a small footprint on phones and tablets that we may do it later, but not initially."

Yet there's a quiet but growing group of Nadella fans that sees Windows 10 differently.

The new and improved operating system, advocates say, is part of an evolving Microsoft, a company that two years into a management overhaul is embracing openness, simplifying development and encouraging innovation from outsiders.

Can Windows 10 mimic Microsoft's growing presence in cloud computing? In that market, its Azure infrastructure is going head-to-head with Amazon.com and rescuing Microsoft's once dominant server business from potential extinction.

"This is a new regime," said Jason Hardi, CEO of Muzik, a wireless headphone start-up that's getting engineering and marketing resources from Microsoft to create high-tech consumer products that work with all devices. "They recognize that they're not going to be the number one phone in your pocket, but they might be the second or they might be the tablet. And they're one of the leaders in gaming."

As an early-stage start-up, Hardi is impressed by the level of support Muzik gets from Microsoft, including a coveted speaker slot at Build. The two companies are also co-sponsoring hackathons like an event called MuzikHack that was held in Vancouver last month. Hardi said the session, designed to let developers build apps and services for his company's headphones, filled up five minutes after it was announced online.

There are more anecdotes pointing to early success.

Vungle, whose ad technology gives developers a new way to make money in their apps, is seeing growth of at least 25 percent a month across the Windows platform by linking brands with relevant games. Random Salad Games, the creator of casual titles like "Simple Solitaire" and "Hearts Deluxe," has seen downloads triple since the launch of Windows 10.

Meanwhile, Chinese developer Yodo1, the publisher of casual game "Crossy Road," has been on Windows for a year, and the platform already accounts for 15 to 20 percent of the company's revenue. CEO Henry Fong said he expects Yodo1's Windows business to double over the next 12 months.

"We're seeing Microsoft having a vision for universal gaming across multiple devices and making it really easy," Fong said."I upload once, save once and distribute across multiple platforms."

As a developer, I want to spend dollars where I get the most bang for the buck.
Alain-Daniel Bourdages
GreenCod founder

That idea of universal development is central to Microsoft's grand plan. In order to take advantage of its full device suite — Xbox consoles, desktops, laptops, Surface tablets, mobile phones and even Hololens for augmented reality — cross-platform game development is essential. Build one version, let the device of choice figure out screen size and controls, and have the software automatically sync so that a user can stop playing on one device and pick up on another.

The Universal Windows Platform, first introduced as part of Windows 10, was on full display at Build.

In March, Microsoft made a move that was as symbolic as it was lucrative. The company shelled out about $500 million for Xamarin, whose software helps developers create apps across all major platforms. (Yes, that means iOS and Android.)

Microsoft knows that if small teams working on tight budgets have to choose where to focus their efforts, most are going to follow the audience — and the money.

Indie developers like Alain-Daniel Bourdages of GreenCod still need to see the results. With Android and iOS accounting for over 90 percent of the market, Windows has to show it can attract users and deliver returns to developers.

"I don't want the market dominated by two players, so I wish the best for Microsoft," said Bourdages, whose company's casual games include "Pinball Deluxe," "Bad Traffic" and "Snood," and has struggled to make money on Windows. "As a developer, I want to spend dollars where I get the most bang for the buck. It comes down to market share." 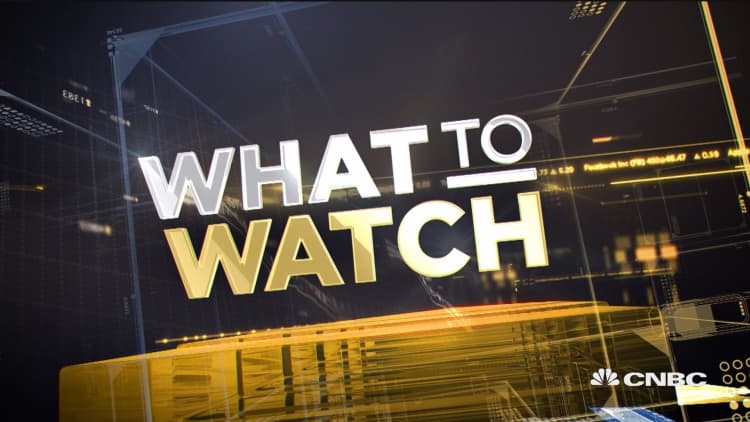 Numbers out of Microsoft suggest that business is on the upswing. The company said on Thursday that 300 million devices are now running Windows 10, thanks in large part to Microsoft providing free upgrades to users of older software, a promotion that will end in July. In its first eight months on the market, the growth of Windows 10 outpaced Windows 7 by 145 percent and Windows 8 by 375 percent over the same debut stretches, said Lisa Gurry, a Microsoft spokesperson.

"You're seeing a new, hungry, open approach that's starting to pay off for us," Gurry said.

The bigger story Microsoft is selling is that it's not all about mobile market share. That's because games and apps are everywhere.

Microsoft aims to turn Windows into a mobile platform

By focusing on Windows, Random Salad Games has enjoyed being a big fish in a small pond. The company, started by a pair of Carnegie Mellon University computer science graduates, has been developing on Windows since 2010. Even with its huge growth on Windows 10, only 40 percent of revenue across the platform comes from mobile, a sign that play on PCs and elsewhere remains popular.

Co-founder Sam Kaufmann said Microsoft provides better tools for discovery than the competitive operating systems, and has always had top-notch technology when it comes to debugging, testing and loading apps.

"Microsoft has lots of advanced services that allow someone like an indie developer or single person to get their game released, monetize it well and acquire users in a way that's completely self-serve," said Kaufmann. "It doesn't take a $50,000 or $100,000 advertising budget like it might on Android or iOS."