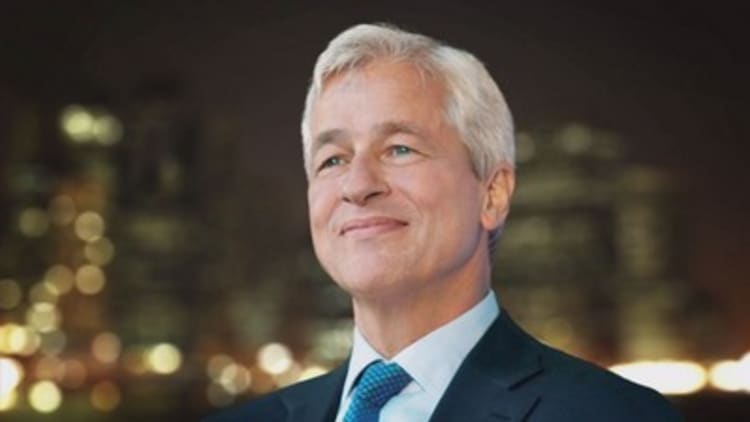 "Who cares about fixed income trading in the last two weeks of June? I mean seriously?" the bank executive said on a call with journalists following the firm's second quarter earnings report.

"That is the weather. It goes up and down, this and that, and that's 80 percent of what you guys focus on," he said.

The last week of June was one to watch in the bond market. U.S. Treasury yields hit multiweek highs on June 27 as global sovereign bond yields climbed after European Central Bank President Mario Draghi said, "reflationary forces are at play."

JPMorgan spokesman Joe Evangelisti told CNBC that Dimon's comments were meant to also refer to all Americans, in the context that bad public policy is a much more significant factor when considering how the bank and the U.S. economy will perform.

During a separate call with analysts Friday, Dimon went on a minutes-long rant about how the U.S. has become "one of the most bureaucratic, confusing, litigious societies on the planet."

However, low volatility has plagued markets for the majority of the last several months. Citi also said Friday that its second-quarter revenue from fixed income trading fell 6 percent.

For the second quarter, JPMorgan reported a year-on-year 19 percent decline in fixed income trading revenues, compared with a 17 percent increase in the prior quarter and a 35 percent jump in the second quarter of 2016. That quarter included the U.K. vote to leave the European Union, which jolted global markets.

The decline in second-quarter fixed income trading revenue was "due to reduced flows driven by sustained low volatility and tighter credit spreads, against a strong prior year," JPMorgan said in a presentation.