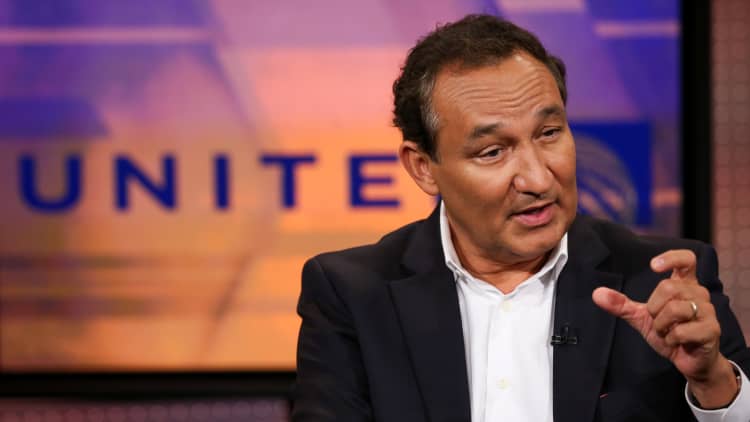 United Continental CEO Oscar Munoz told CNBC on Wednesday he's "very concerned" with the company's overbooked flight controversy and wants to make sure there are no lingering issues.

The United chief said the company is focused on reliability, flexibility and information for its customers.

"We have such rigid rules sometimes that they don't have to be rules. They can be policies and procedures that can be adapted for the moment," Munoz said on "Squawk Box." "And when things do go wrong, it's so important that we tell customers what's going on as best as we can."

"It's a new era in regards to social media. That's just something we have to accept," he added.

The airline operator is still trying to recover from a viral public relations nightmare in April, when a video on social media showed a passenger being forcibly removed from an overbooked United Express flight operated by Republic Airways. United has since settled with the passenger, Dr. David Dao, for an undisclosed amount.

The airline industry as a whole is working to improve, Munoz said. Other than just being nice, the industry has to "train and develop and nurture" a more value oriented customer service policy, he said.

When asked about meeting with government officials in China and Japan, Munoz said they didn't mention the passenger incident and it didn't impact earnings. 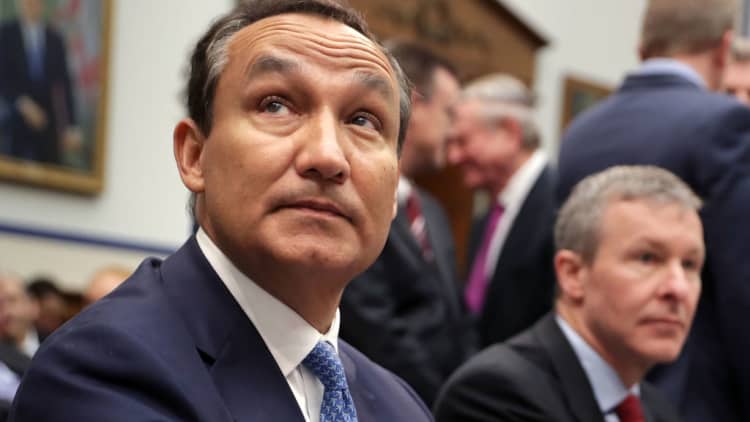 watch now
VIDEO2:1302:13
United CEO: We had an outstanding quarter and are 'firmly' on the right path
Squawk Box