How the GOP is quietly sabotaging retirement for millions 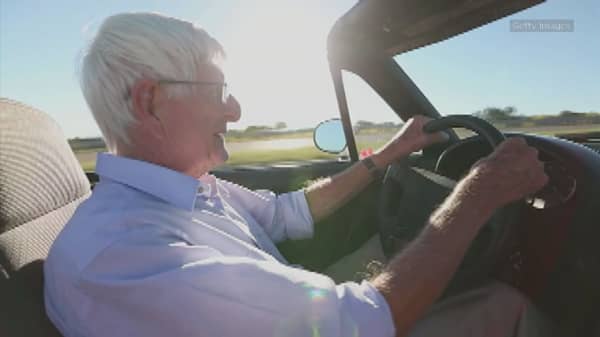 The nation is divided like never before. But there is at least one area where Americans agree.

Across party lines, Americans are deeply worried about their economic security in retirement. Some 88 percent of Republicans and 92 percent of Democrats say that the nation faces a retirement crisis.

There is good reason for the anxiety. U.S. Federal Reserve Survey of Consumer Finances data reveal that the median retirement account balance for all near-retirement households is a meager $14,500. In most parts of the country, that amount of savings won't last a year, much less 20 to 30 years into retirement.

Making matters worse is that reliable pensions are disappearing. And, Social Security benefits are facing serious cuts. The average retired worker receives $1,360 per month from Social Security, hardly sufficient income on its own. We're looking at millions of older Americans with income at or below the poverty line.

So, it seems that bolstering retirement savings for working Americans would be an opportunity for Congress and the White House to find bi-partisan solutions. Earlier this year, Congress introduced bi-partisan legislation to protect older workers. But it's stalled.

"While we continue to hear a populist message from the White House and the majority party in Congress, federal officials are taking away programs designed to help ordinary Americans without workplace sponsored retirement plans."

Given the legislative gridlock in Washington, that's not surprising. What is shocking, however, is that GOP politicians are now making it more difficult for working Americans to put money in their retirement piggybanks.

While we continue to hear a populist message from the White House and the majority party in Congress, federal officials are taking away programs designed to help ordinary Americans without workplace sponsored retirement plans, thanks to effective lobbying from the financial services industry.

The first case in point is from the U.S. Department of the Treasury. The agency announced on July 28th that it would "begin to wind down" myRA, a program launched in late 2015 to encourage savings among the millions of middle-and low-income Americans without a retirement plan at work.

But Treasury has decided that the myRA program will be phased out because the agency doesn't view it as cost effective given that demand has been "extremely low" and because "ample private sector solutions exist" that offer "no account maintenance fees, no minimum balance, and safe investment opportunities."

There's just one problem. These are alternative facts from Treasury.

Already, a program in its infancy has a substantial number of accounts and savings socked away – 30,000 accounts and $35 million saved according to Treasury officials. Moreover, there are no other comparable savings products available to low-and middle-income Americans. MyRA is the only retirement product available for "small savers" without fees or minimum balance requirements, and that does not penalize savers for withdrawing funds early.

The second case is action taken in May by Congress and signed by President Trump that repealed guidance from the Department of Labor (DOL) for states working to help private sector workers to save if their employer does not offer a retirement plan.

In the absence of federal action, states recently have enacted legislation to help Americans prepare for retirement. These new retirement programs are modeled along the lines of the successful college savings 529 plans, which have helped over 12 million American families save over $258 billion for higher education expenses. Like the 529 plans, states would provide oversight for these retirement accounts, and financial services firms would manage the money.

The DOL guidance offered states a roadmap to help navigate the Employee Retirement Income Security Act (ERISA). The Republican-controlled Congress repealed the rule with a simple majority vote under the Congressional Review Act, a tactic rarely used in the past that was deployed 14 times this year to roll back Obama Administration rules.

Seven states – California, Connecticut, Illinois, Maryland, Massachusetts, Vermont and Oregon – have legislative approval to offer employees these new retirement accounts that are less costly, not burdensome for employers, and provide automatic payroll deductions. Automatic savings is a feature that substantially increases the likelihood that workers will save. Additionally, 24 states and cities have introduced similar legislation. Importantly, the plans target small businesses, which typically struggle to provide retirement benefits to their employees.

Some states have indicated they will proceed, but others are unsure. Oregon's plan is up and running, while California and Illinois are charging forward despite the fog created by the DOL guidance repeal. It remains to be seen if the guidance rollback will curb progress in other states.

It is alarming that Congress would squash state efforts to help working Americans. What's more, these state programs have strong bipartisan support. According to our research, 72 percent of Republicans and 83 percent of Democrats support the state retirement plans. It's widely known that the opposition comes from the financial services industry that would rather keep the higher fees should these individual savers accumulate enough money to meet account minimums.

So there you have it. Treasury pulled myRA off the table and Congress put up a roadblock for states. At a time when we need new ways expand retirement plans for middle and low income Americans struggling to save, leaders in Washington are stripping options away and taking steps that could turn the American Dream of retirement into a nightmare.

Commentary by Diane Oakley, the executive director of the National Institute on Retirement Security. Previously, she worked on Capitol Hill on retirement and tax policy issues and at the financial services firm TIAA.

For the latest commentary on markets in the U.S. and around the world, follow @CNBCopinion on Twitter.