"A lot of people think once you sign that contract, you're just an automatic millionaire," Smith tells former MLB star and businessman Alex Rodriguez on CNBC's "Back in the Game," in which Rodriguez helps former pro athletes get back on solid financial footing.

"But it doesn't work like that. Nobody really explained that and broke that down to me, that Uncle Sam, out of that $3 million, Uncle Sam is going to take probably $1.5 [million] of that. That was just something I had to learn."

While Smith collected $61 million in total earnings, after taxes, agent fees and management fees, he actually took home about $18 million over the course of his career. Still, that's more money than most Americans ever see in a lifetime.

What really got Smith off track was his spending.

Every time he was traded and moved, he bought a place to live in his new city. "Once I got traded, it was always tough to unload those homes," he tells Rodriguez. "I was always losing money."

Plus, his car collection included a Corvette, Bentley and two Range Rovers, among other luxury vehicles.

Thanks to reckless spending, bad investments and a costly divorce, Smith found that his fortune had been completely wiped out. And his salary, which was never less than $1.3 million a year while he was in the NBA, plummeted after he retired in 2011 and switched to coaching 10-to-15 hours a week.

At the time Rodriguez intervened, Smith and his fiancée Kisha Chavis were bringing home a combined $26,000 a year from various gigs, including Smith's private coaching lessons. But their lifestyle, which included a spacious home in the suburbs of Atlanta, cost them $133,000.

The couple was living way beyond their means and, as a result, spiraling deeper and deeper into debt. To help them, Rodriguez came up with a simple two-pronged strategy: increase revenue and decrease spending.

As for the spending component, Rodriguez suggested the couple start by slashing their biggest expense: housing. They agreed to downsize, which will save them $14,000 a year.

Rodriguez broke down exactly how much they can afford to spend each month. Smith and Chavis will be held accountable by Rodriguez's own financial planner, who will go over their budget with them each month.

Turning around their finances all started with facing the numbers. It was only when Rodriguez highlighted just how much they were making compared to how much they were spending that Smith and Chavis realized they needed to buckle down.

"I knew it was a big hole, but I didn't know it was like that," says Smith. "Just to see the numbers and see the breakdown just catches you off guard."

If the couple sticks to their new plan, they can easily pay off 30 percent of their $157,000 of debt each year, says Rodriguez, meaning they'll be debt free in just over three years.

Don't miss: The money advice Alex Rodriguez would give his younger self—and any athlete today 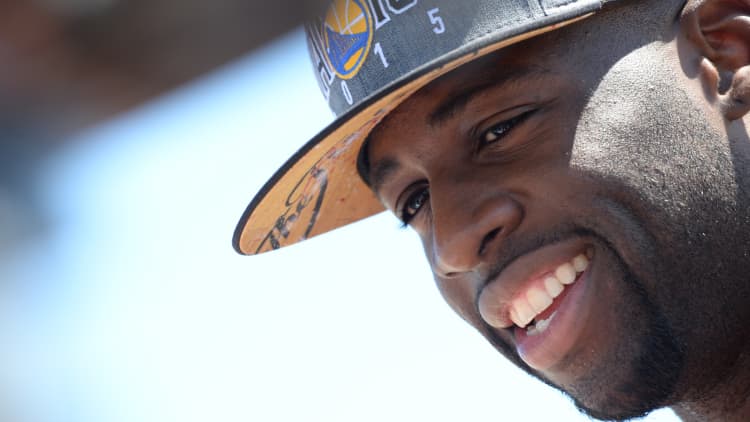 watch now
VIDEO1:0101:01
Here's how NBA star Draymond Green plans to be a billionaire by 40
Your Money's Worth