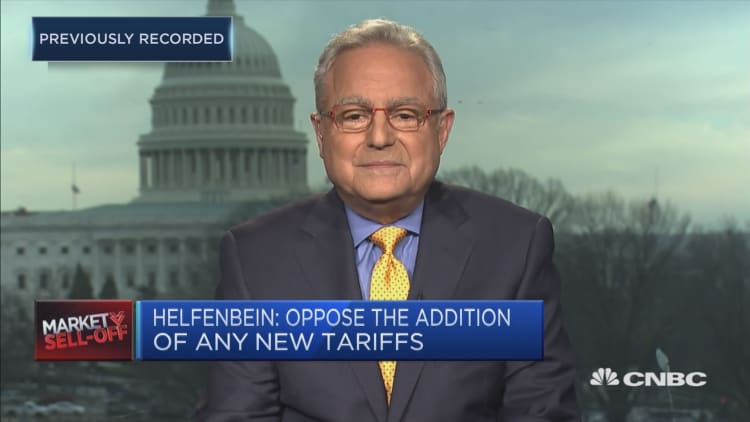 Important U.S. industries have responded with consternation to the increasing risk of a trade war with China, dubbing it an unwinnable situation.

"The tariff idea is a war that you just can't win," Rick Helfenbein, the president and CEO of the American Apparel & Footwear Association, told CNBC Friday, criticizing plans announced Thursday by President Donald Trump to slap tariffs of up to $60 billion on Chinese imports.

The plans primarily target products in the technology sector, where Beijing holds an advantage over Washington. Helfenbein said those proposals made him "a little bit happy," but he added that increased trade tariffs could hit his industry hard.

Already, China has responded to some of the White House's moves, releasing on Friday a list of 128 U.S. products that could be targeted as a reciprocal measure to Trump's previously announced broad duties on foreign aluminum and steel imports.

Pork, wine, fruit and steel were named among the potential targets, though the list was not exhaustive. Helfenbein said he suspected textiles could be included in the tariff hikes.

"We don't like it, we're very concerned as an industry that apparel and footwear and accessories might be on the list, and if they are on the list it really would not be good for our industry," he noted. 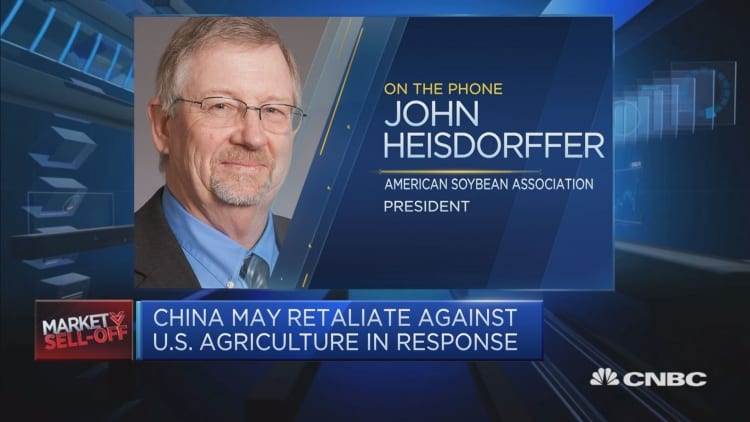 U.S. agricultural products, particularly soybeans, have been flagged as another area of potential retaliation by Chinese President Xi Jinping's administration.

China imports $14.2 billion worth of soybeans annually and a move to slap tariffs on the product would have a "big impact" on U.S. producers, John Heisdorffer, president of the American Soybean Association, told CNBC Friday.

"China's our number one customer," said Heisdorffer. "One out of every three rows of soybeans that we grow here in the U.S. goes to China, so it's a big impact."

He added that the only likely winners from such tariffs would be producers in other countries, particularly within South America, who would be "more than willing to take over" if the U.S. goods became more expensive in China.

That could seriously hurt U.S. farmers, who represent a significant proportion of Trump's voter base.

"Rural America put Mr. Trump into office so it'll be fun to watch in the next election what happens, whether they will continue to support him," said Heisdorffer.

Both Helfenbein and Heisdorffer said they are consulting with the White House in a bid to convince the U.S. to water down its plans.