"My dad used to always tell us, 'I'm just another guy,'" Laila Ali says, "even though he was a global icon."

Ali is the daughter of boxing legend Muhammad Ali. From a young age, she said, she shared his mentality.

"I just wanted to be the average girl," she tells CNBC. "I always had that quality in myself. It shaped my outlook in the world."

Of course, growing up, Muhammad Ali was exceptional.

Born in 1942 to middle-class parents, Ali started boxing when he was 12, winning Golden Gloves titles before heading to the 1960 Olympics in Rome, where he won a gold medal as a light heavyweight. Following the Olympics, he became a professional boxer and heavyweight champion.

Muhammad Ali (R) connects a right punch against Ken Norton during the fight at the Sports Arena on March 31,1973 in San Diego, California.
The Ring Magazine | Getty Images

After his boxing career, Ali became heavily involved in philanthropy and public service even as he battled Parkinson's disease. He traveled around the world promoting humanitarian causes and was honored with the Presidential Medal of Freedom by President George W. Bush in 2005.

Laila Ali has also had great success in the boxing ring as a four-time undefeated boxing world champion. But she says it was her father's dedication to giving back that was his greatest gift to her.

"Philanthropy is at my core," she says of that legacy, which she also tries to instill in her own children.

More from Personal Finance:
Serena Williams on motherhood and money
How to teach your kids about money
Here's the best way to prepare your kids for adulthood

Ali is particularly committed to promoting health and wellness. She is a past president of the Women's Sports Foundation and a member of Feeding America's Entertainment Council. Ali is currently working with TIAA Difference Maker 100, which is a program that will honor those in the nonprofit sector making a positive impact on the world — each of 100 honorees will receive $10,000 for their nonprofit.

Ali often has her family — son, Curtis Jr., and daughter, Sydney, with husband and former NFL star Curtis Conway — in tow when she is participating in local volunteer opportunities. She encourages them to think about giving back, as well, in addition to donating their outgrown clothing and toys.

"It's not about how much money you have, it's thinking about how we can make this world a better place," she says.

WATCH: A new start-up is trying to become the Peloton of boxing 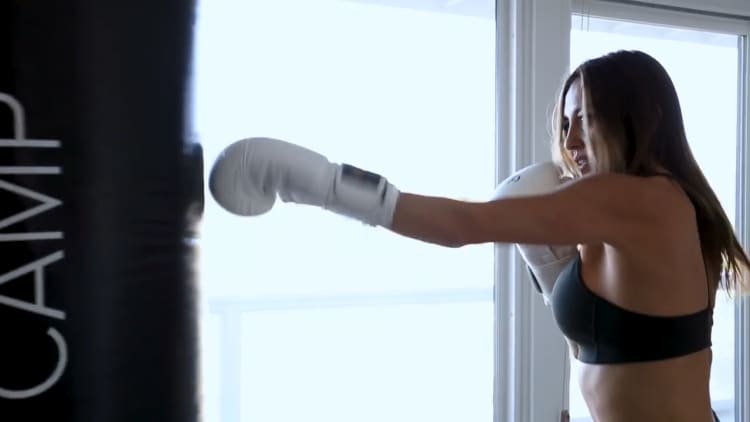