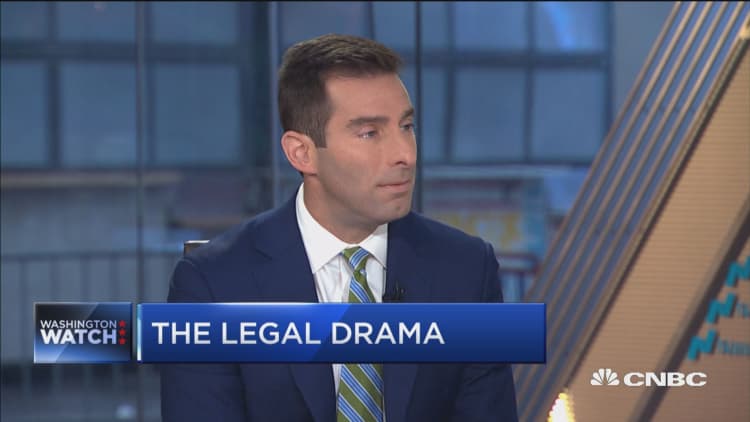 President Donald Trump is suggesting that it should be illegal for people facing prosecution to co-operate with the government in exchange for a reduced sentence.

Trump is reacting to the guilty plea entered by his former lawyer, Michael Cohen, to a range of charges.

Trump — in an interview with "Fox & Friends" — is accusing Cohen of implicating him to get a better deal with prosecutors. Trump says Cohen "makes a better deal when he uses me."

Trump claims people who decide to co-operate with the government "make up stories" and "just make up lies."

Here's what the president says: "It's called flipping and it almost ought to be illegal." He says "it's not a fair thing."

In the same interview, Trump said the stock market would crash if he were impeached and he didn't rule out pardoning his former campaign chief and newly convicted felon Paul Manafort.

—CNBC contributed to this report.