Volatility in the Chinese stocks is set to continue as investors and officials become more accustomed to the market and the economy matures, Zhou Xiaochuan, the former People's Bank of China (PBOC) governor, told CNBC Tuesday.

"The Chinese stock market is still in the initial stage of development and the total market capitalization is becoming bigger and bigger, but the quality of the stock market still has some problems (such as) the transparency, the supervision, the maturity of the investors and whether they know what they are doing," he told CNBC's Geoff Cutmore at the Eastern Economic Forum (EEF) in Vladivostok, Russia.

China's indexes reached an all-time high in 2007 but came close to that record during the mid point of the current decade. China's Shanghai composite index has seen a 47 percent fall since mid-2015 while Shenzhen's composite has seen a 55 percent decline. Investor jitters in recent years have pertained to whether China, the second largest economy in the world, could experience a "hard landing" in terms of economic growth.

Meanwhile, this year's stock market declines in China have been attributed to souring trade relations with the U.S. after President Donald Trump's decision to announce billions of dollars worth of tariffs on Chinese imports.

Zhou, who was the face of China's financial system for around 15 years, said a fluctuating market was to be expected. "It takes time for the market to become mature and in this process the pricing in the stock index may fluctuate much (more widely) than in a mature economy," he said.

"Looking carefully at the last three years, the total volatility is not very much and it basically reflects economic fundamentals," he added. "People are recently worried about economic slowdown, worried about the trade war ... So the confidence is relativity low, but I don't think it's very much abnormal and it's a growing process " he concluded. 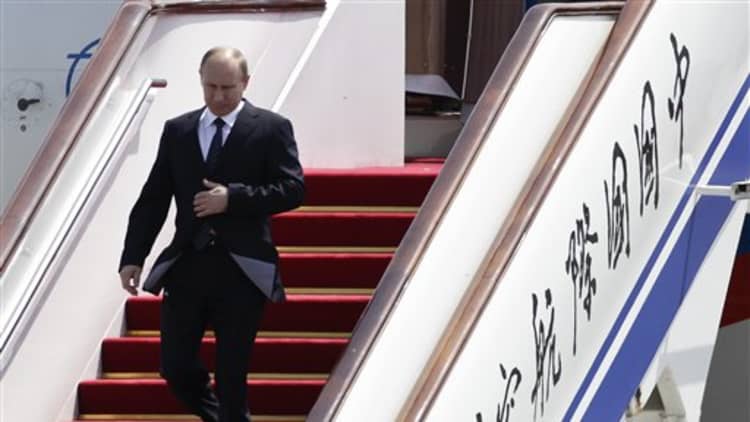