Five Republican senators have asked the Trump administration to suspend talks to transfer U.S. nuclear technology to Saudi Arabia following the killing of journalist Jamal Khashoggi at the kingdom's consulate in Turkey.

The lawmakers, led by Senator Marco Rubio, threatened to block any agreement to export civilian nuclear technology to Saudi Arabia, potentially setting up a showdown with the White House. The Trump administration has courted the Saudis as they seek to build 16 nuclear power reactors over the next 25 years, an endeavor that would generate tens of billions of dollars in economic activity.

In a letter to President Donald Trump, the senators say the slaying of Khashoggi, as well as other foreign policy issues, raise questions about whether the Saudi leadership should be entrusted with U.S. nuclear technology and know-how.

"The ongoing revelations about the murder of Saudi journalist Jamal Khashoggi, as well as certain Saudi actions related to Yemen and Lebanon, have raised further serious concerns about the transparency, accountability, and judgment of current decisionmakers in Saudi Arabia," the lawmakers wrote in a letter to Trump.

"We therefore request that you suspend any related negotiations for a U.S.-Saudi civil nuclear agreement for the foreseeable future." 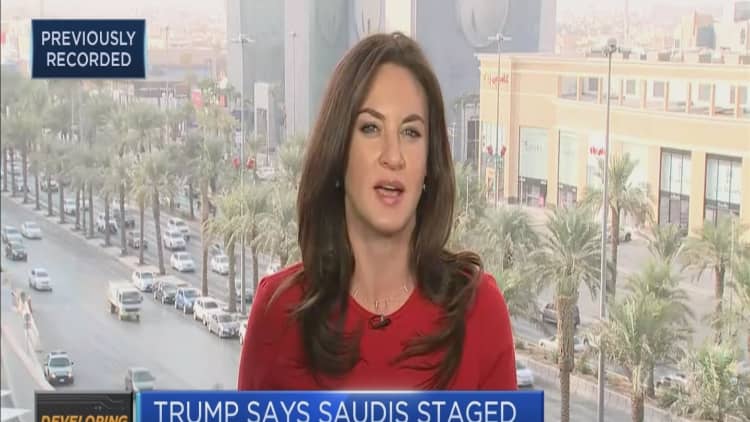 watch now
VIDEO3:1903:19
US to revoke visas and consider sanctions against those responsible for Khashoggi killing
Capital Connection

The letter was also signed by Cory Gardner of Colorado, Dean Heller of Nevada, Rand Paul of Kentucky and Todd Young of Indiana.

Rubio, Young, and Gardner were part of a bipartisan group of senators that earlier asked the administration to start an investigation into Khashoggi's death and determine whether the United States should impose human rights sanctions on Saudi individuals.

A Saudi prosecutor said for the first time last week that agents of the kingdom planned Khashoggi's killing, after initially determining the Washington Post columnist and U.S. resident died during a physical altercation with the operatives. Prior to that, the Saudi government claimed Khashoggi left the consulate in Istanbul unharmed.

In the letter to Trump, the five senators say they have long had reservations about selling nuclear technology to Saudi Arabia. They note the Saudis have balked at a provision in U.S. nuclear cooperation agreements aimed at preventing the spread of nuclear weapons. 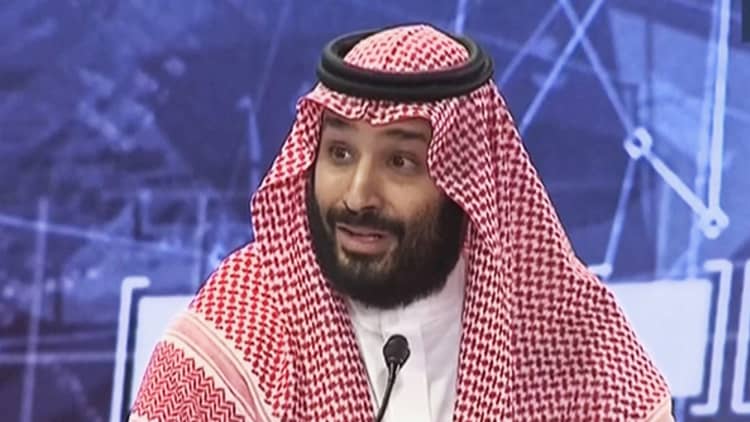 These so-called 123 agreements prohibit countries from enrichment processes that can produce nuclear arms, among other restrictions.

Earlier this year, Prince Mohammed said Saudi Arabia does not want to acquire a nuclear weapon, but would try to arm itself as soon as possible if its regional rival Iran developed one.

Supporters of U.S.-Saudi nuclear cooperation say stringent demands will cause the Saudis to turn to other nations like China and Russia, which do not seek the same reassurances. They also stress that the Saudi business is critical to shoring up the beleaguered U.S. nuclear power industry, a priority for the Trump administration.

Last month, Energy Secretary Rick Perry said the United States is still in the running to build the nuclear power plants after meeting with his Saudi counterparts.

The five senators said it is critical for Saudi Arabia to accept the "Gold Standard" for nuclear nonproliferaton enshrined in U.S. agreements, especially in light of the Trump administration's stepped-up efforts to block Iran's path to a weapon. Trump restored sanctions on Iran in May in a bid to secure a tougher nuclear accord with the country than the Obama administration negotiated alongside five other world powers.

The lawmakers also mentioned Saudi Arabia's behavior in Yemen, where it has waged a war against Iran-backed rebels that has caused a humanitarian crisis. The Lebanon reference appears to refer to an incident a year ago, when the country's prime minister briefly resigned, allegedly under pressure from Saudi Arabia.

The White House did not respond to a request for comment.