TikTok is a social app that lets users watch and create short videos that are usually set to songs. It's a hit with teens and has become popular enough to catch the attention of Facebook and Snap.

The app is owned by China-based company ByteDance and known as Douyin in China, and it has a reported 500 million monthly active users across the globe. In the U.S., it ranks No. 3 on Apple's list of top free apps, trailing only Facebook's Instagram and Google's YouTube.

Here's how the app works:

More than any social app I've ever used, TikTok is a breeze to set up. You can download the app start and watching videos in less than five minutes.

TikTok's main interface is a "For You" feed that automatically lists the most popular videos on the app.

You don't have to hunt and find people to follow or select your interests, making it easier to get started with than Twitter, for example.

Register for an account, and then you can start to "like" content. TikTok will use those likes over time to determine which types of videos to show in the "For You" feed. If you don't like a video and want to see less of that variety, tap and hold on the screen until three buttons come up and tap "Not interested."

Step 2: What the heck is going on?

TikTok's focus is on videos that play on repeat until you go to the next video. (In this way, it's similar to an app called Vine, which Twitter bought and then discontinued.)

However, the emphasis on TikTok is on the audio that goes with each video.

Image-based memes tend to follow established formats that set up the joke. If you see the distracted boyfriend picture, you can guess that the meme's punchline will involve wanting something you shouldn't have.

It's the same idea on TikTok, except the music sets up a meme's foundation.

"YMCA" by the Village People, for example, is often used in videos that show people walking up to their relatives and then suddenly smacking them with something, such as a snowball. Yes, this meme's cruel. It's also pretty funny.

Step 3: Make your own TikTok

You can also make your own videos if you're so inclined.

At the bottom of the app is a button with a plus sign. Tap that to open the camera to give you several features to use, including augmented reality effects, camera filters and camera speed.

Most importantly, you can tap the top of the speed to pick the song or sound you want to use. In the sound menu, you can search for a song or just tap the "Top 20" for a list of popular tunes, which the company licenses.

Once ready, tap the red camera button at the bottom of the screen to start filming. Let go to stop and tap again to shoot another shot. Don't fret if you don't get the shot you want on your first try — it usually takes a few attempts to get a TikTok just right.

Hit the red checkmark icon when you've got the video you want. On the next screen, you can add more effects, such as stickers, or tweak some details, such as the volume. Tap "Next," and on the next screen, write your caption, tag friends or add some hashtags. Hit "Post" to publish.

Now you'll understand what all the fuss is about.

WATCH: Facebook, Snapchat and TikTok have a massive underage user problem — here's why it matters 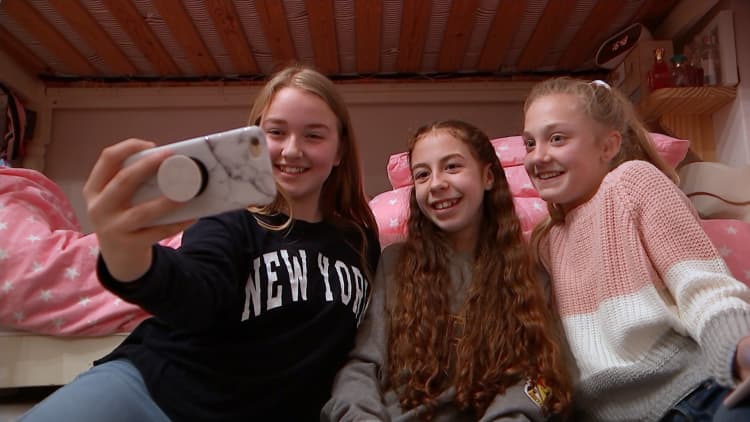