Zoom, the provider of videoconferencing software, raised the price of its IPO range on Tuesday, showing that investors have high hopes for fast-growing cloud companies, particularly when they can turn a profit.

The company said in an updated prospectus that it now expects to price the offering at $33 to $35 a share, up from its previous range of $28 to $32. At the top end of the current range, Zoom would be worth $8.9 billion.

Even before increasing the range, Zoom was set to be one of the most richly valued cloud software companies, based on its valuation relative to the size of the business. At $35, the stock would trade for 27 times Zoom's enterprise value, trailing only security vendor Zscaler, which has an EV/sales multiple of 33, according to FactSet. Okta has a multiple of 26.5, followed by Atlassian at 25.8.

Zoom's revenue surged 118% last year to $330.5 million, and it has the rare distinction among emerging tech companies of being profitable. Zoom will be hitting the market at about the same time as Pinterest this week. It will be the second notable software offering of the year after PagerDuty, which debuted last week and has gained 58 percent from its IPO price to $38.

Emergence Capital, Zoom's biggest outside shareholder, will own a stake worth just over $1 billion at a $35 price, while Sequoia's holdings would be worth slightly less than $1 billion. 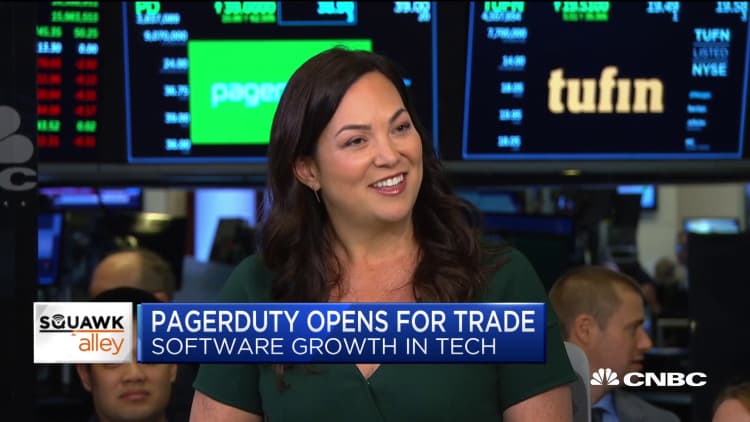