Joe Biden released a plan Thursday to pile $1.3 trillion into a U.S. infrastructure refresh as part of a push to boost the economy and curb climate change.

The Democratic presidential candidate's campaign said it would invest in restoring highways, roads and bridges, while trying to spur further adoption of electric vehicles and trains. The former vice president's plan also calls for replacing water pipes, building out rural broadband access and updating schools, among other measures.

In unveiling the proposal, the Biden campaign targeted President Donald Trump for a lack of progress on renewing American infrastructure. During his 2016 campaign, Trump promised an overhaul of roads, bridges and airports to spark economic growth, but he has not made progress in passing a plan despite bipartisan interest in doing so. 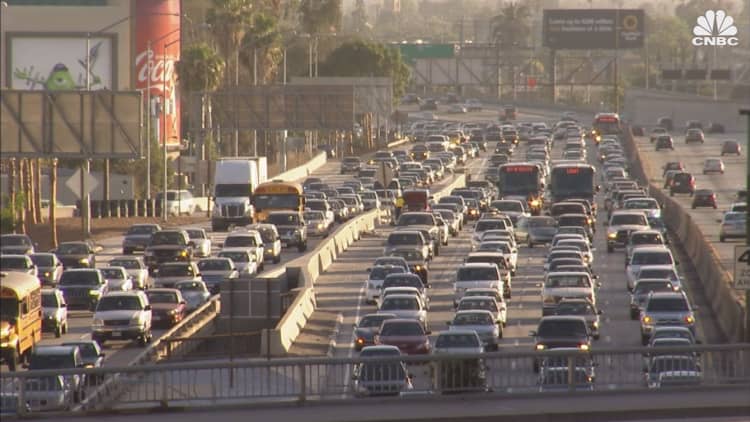 "President Trump campaigned on repairing our nation's crumbling infrastructure," the Democrat's campaign wrote in a tweet. "But after countless 'Infrastructure Weeks,' he has failed to deliver results. It has to change."

The leading contenders for the 2020 Democratic presidential nomination have put forward at least pieces of infrastructure plans. Most see the proposals as a way to spur economic renewal, particularly in communities struggling to keep up with nationwide economic gains.

The top congressional Democrats — House Speaker Nancy Pelosi and Senate Minority Leader Chuck Schumer — met with Trump in April and emerged saying they agreed the country needed $2 trillion in infrastructure spending. But the president walked out of a subsequent meeting in May, saying he would not work on an infrastructure plan while Democrats investigated his conduct in office.

In a statement responding to Biden's criticism, Trump campaign spokeswoman Kayleigh McEnany contended Biden "appears to have forgotten that his party has rejected multiple overtures from President Trump on infrastructure." She also argued the roughly $800 billion Obama administration stimulus package in response to the 2008 financial crisis did "nothing to fix our infrastructure or spur our economy." 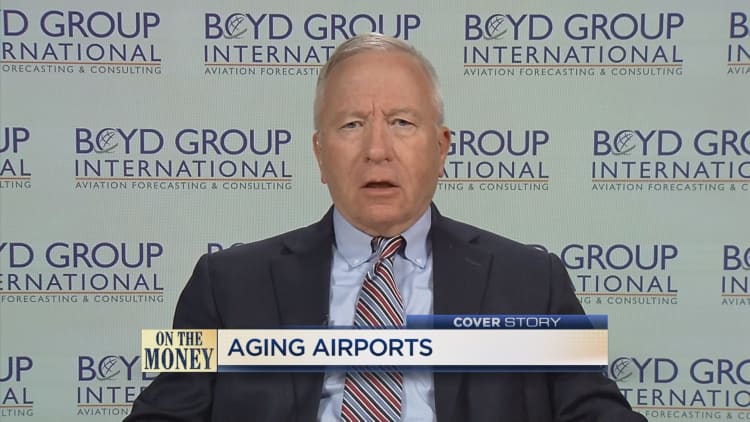 watch now
VIDEO4:3804:38
Which airports are getting upgrades?
On the Money

The Biden campaign said it would pay for "every cent" of the $1.3 trillion plan through tax increases on corporations and the wealthy. It plans to fund the infrastructure overhaul through what it called "reversing the excesses of the Trump tax cuts for corporations; reducing incentives for tax havens, evasion, and outsourcing; ensuring corporations pay their fair share; closing other loopholes in our tax code that reward wealth, not work; and ending subsidies for fossil fuels."

Biden has specifically called for raising the corporate tax rate to 28% from 21%. It stood at 35% before Republicans passed tax cuts in 2017.

The former vice president is one of the top Democratic contenders to face Trump in 2020. He has enjoyed a consistent lead in national polling averages, though rivals have cut into his polling edge in two of the first four nominating states, Iowa and New Hampshire.