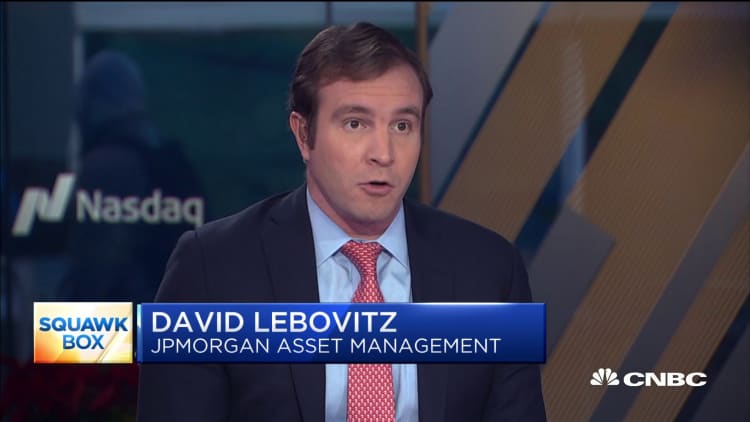 Stocks rose slightly on Tuesday as Wall Street wrapped up a banner year that saw equities surge to record highs, overcoming concerns about the economy and a trade fight with China.

"We climbed a wall of worry, from a growth slowdown and profits flat at best, trade concerns, potential impeachment, and high valuations bothering investors — including myself," said Ned Davis, founder of Ned Davis Research, in a note.

Stocks surged in 2019 despite the ongoing U.S.-China trade war as the Federal Reserve cut rates three times while consumer sentiment remained high. Trade tensions also declined in the fourth quarter after China and the U.S. agreed to sign a so-called phase one trade deal.

"That one's in the bank," White House advisor Peter Navarro told CNBC's "Squawk Box" on Tuesday, referring to the phase-one agreement. "We're just waiting for the Chinese translation of the 86-page agreement and I'm trying to figure out whether it's going to be more pages or less in Chinese."

President Donald Trump later said he will sign the agreement on Jan. 15 at the White House.

"By any objective measure US large cap stocks start 2020 on perilous footing. Valuations are rich. Corporate debt levels are at record highs," said Nicholas Colas, co-founder of DataTrek Research, in a note. "But… we know the Federal Reserve has learned its lesson. It will be quick to ease if necessary and slow – very slow – to raise rates."

Tuesday also marked the final trading day of the decade. Over the past 10 years, the S&P 500 has surged more than 188%. The broad index's total return — which includes dividends — tops 255% for the decade.