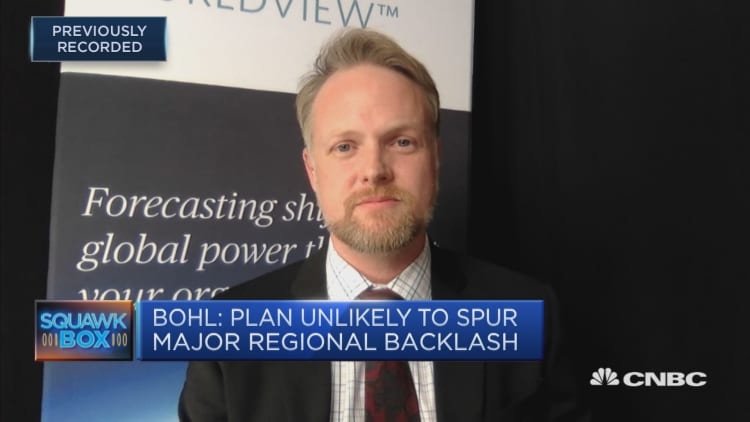 But one analyst told CNBC that America and Israel may have a "window of opportunity" to push this deal through. That's because there are "looming issues" in the Middle East and priorities in the Muslim world appear to have changed, said Ryan Bohl, Middle East and North Africa analyst at Stratfor.

"In a certain way, this is a window of opportunity to push through, push past many of the problems that have kept peace plans from working in previous eras," Bohl told CNBC's "Capital Connection" on Wednesday.

"There are bigger issues, bigger fish to fry in the Middle East," he said, citing the possibility of a U.S.-Iran war breaking out.

"There's also generational changes amongst Arabs throughout the Muslim world who are no longer prioritizing the Palestinian question the way that they once did," he said.

"This is a unique opportunity for these two leaders to assert the Israeli and American vision for Israel that sees Israel strengthened and the Palestinians put on the back foot," he added. 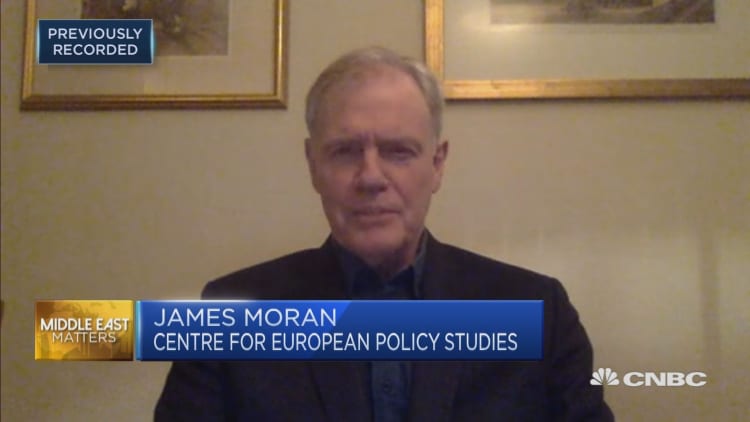 Trump's long-awaited plan calls for two states, with Palestine's capital located in east Jerusalem. Israeli Prime Minister Benjamin Netanyahu, who was present during the announcement, said the deal provided a "realistic path to a durable peace."

But Stratfor's Bohl called the process "unilateral" and said international norms were being "undermined."

He argued that the U.S. and Israel are moving away from the post-war order and reverting to "more traditional norms of state craft" where military force can be used to change borders and even populations over time.

James Moran of the Centre for European Policy Studies also questioned the deal, noting that U.S. negotiators "steamed ahead without any buy-in whatever from the Palestinians."

"The actual substance of the plan ... really is anything but win-win," said Moran, an associate senior research fellow at the CEPS.

"It's very much win-lose, win for Israel, lose for the Palestinians," he said.

"The deal as we know it ... is very, very one-sided, there is very little of anything on Palestinian rights," he added, naming the right of return for refugees as an example. "None of this bodes well for the future."

"It may be a way to help Mr. Netanyahu get reelected in Israel and it may be a way for Mr. Trump to shore up his base at home," he said. "But it's got very little to do with a serious peace plan."