"As our company manages this issue, it's important to remember that millions of people and companies around the world are relying on us," chief financial officer Ruth Porat wrote to employees in an internal memo viewed by CNBC.

Porat and CEO Sundar Pichai are among executives that have sent a series of emails with motivational and cautionary messages to the employees internally in the last week, calling the coronavirus state an "unsettling" time that has affected all of its offices in some way.

The leadership correspondence come as companies like Google, Facebook and Microsoft have canceled major events such as Facebook F8 and Google I/O while restricting employee travel. However, many companies haven't shared how the disease has affected operations or employee morale.

The communication from executives also shows the power and responsibility Google believes it holds in the global economy in a pandemic situation and the efforts it's taking to mobilize its large-scaled operations.

One challenge: to prevent the spread of misinformation on its platforms. This week, CNBC found that Google showed ads for anti-coronavirus products, despite policy banning them, for example.

More than 100,000 COVID-19 cases have been confirmed around the world. California governor Gavin Newsom declared a State of Emergency on Wednesday. San Francisco, officials reported its first two confirmed cases Thursday, triggering large employers like Google to tell employees to work from home.

Alphabet CEO Sundar Pichai sent a company-wide memo to employees last Friday, acknowledging a Zurich employee who was found to have a confirmed case last week. The memo portrayed hope and an urgency to keep Google running smoothly despite widespread fears.

"We know this is a very unsettling time for everyone," Pichai opened his email titled "Taking care of each other," which CNBC viewed. "First off, our hearts go out to anyone in our global community who may be affected by the coronavirus, most especially our colleague in Zurich who we are wishing good health and strength."

Pichai said the company's security and "resilience" teams are running a 24-hour command center to help executives monitor updates in real-time and coordinate across the company. It's "kicked off a number of workstreams to prepare for how the virus could affect the welfare of our community," Pichai said.

"It's important that we contribute to fulfill our mission and be helpful to people in these uncertain times," Pichai said in the memo. "Because of the work we do every day, Google has an important role to play right now."

He noted that the company helps people connect and collaborate across time zones. Google's popular products include its cloud platform Google Cloud, Google Docs and Gmail.

"You've heard me talk about helpfulness in the context of moments big and small," Pichai said in the memo. "This is one of those big moments."

He thanked employees for "working hard through a difficult time," adding "now's a good time to learn on each other and draw strength from our community."

The company told employees Thursday, the same day that San Francisco officials confirmed its first two coronavirus cases, that all Bay Area employees would have the option to work from home on Friday "if roles allow," a company spokesperson confirmed to CNBC. The company has several offices and thousands of employees across the region.

By having a mostly-remote work day, Alphabet said it hopes to test its "business continuity processes."

"Given the dynamic nature of the COVID-19 epidemic, everyone should be prepared to work from home unexpectedly," Porat said in a memo to employees Monday and viewed by CNBC. "Take your laptop home every night."

The company is still reviewing whether it should cancel events later in the year, Pichai said in his earlier email.

All travelers from vulnerable countries must be self-quarantined for 14 days and monitor their health before entering any office, Porat said. All visitors will be required to certify they haven't been to those areas in the last 14 days, she said.

"It's not okay to 'tough it out,'" Porat said about employees staying home if they're not feeling even the slightest bit well. She said the company has an internal channel for reporting symptoms called "go/Report-It," adding, "That's how we can help you best."

'Every Google office is affected in some way'

On Monday at 12:57 a.m., Porat sent an email to employees titled "Important update on COVID-19" where she wrote that "every Google office is affected in some way."

Porat said Google leaders, which consist of medical and public health experts who have decades of experience in crisis response, gathered with Google's Global Incident Response team Monday night to discuss recommendations for how to approach the effects of the rapidly-evolving disease.

"As [Pichai] said, this is challenging time," Porat said. "But it's also one in which we are all playing a vital role."

Porat said Google's job is to make sure it's providing users with "timely and accurate information" related to the coronavirus outbreak, in addition to providing tools businesses can use for employees working remotely around the world.

The company is in touch with several global and regional organizations as well as the Center for Disease Control (CDC) and World Health Organization (WHO), Porat said.

Porat said the company has a new internal channel called "Go/Coronavirus" dedicated to real-time updates, which employees are expected to check.

"It's not possible or feasible" to email the entire company every time a new development happens in a region, she said.

For instance, some contractors said they haven't all received the necessary travel information from Google, according to email chains between contractors viewed by CNBC. One contract worker in the email chain said she had to ask a director for details on travel restrictions, which she didn't learn about until a full-time employee sent them to her.

Google also confirmed that it's paying all hourly workers full wages during the crisis, even as large numbers of employees are working remotely. 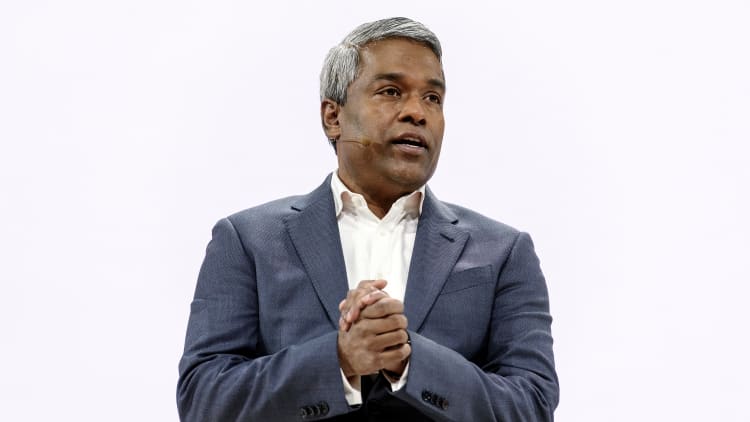