The Trump administration has reversed course over a new rule that would have banned some international students from studying in the U.S. this fall.

The measure would have required international students to transfer schools or leave the country if their colleges hold classes entirely online because of the coronavirus pandemic.

U.S. District Judge Allison Burroughs in Massachusetts said Harvard University and the Massachusetts Institute of Technology came to a settlement with the government to rescind the policy directive, which could have impacted some 1 million international students.

This is a significant victory.
Lawrence Bacow
President of Harvard

"This is a significant victory," Harvard President Lawrence Bacow said in a letter addressed to members of the Harvard community. "We all recognize the value that international students bring to our campuses, to this nation, and to the world."

"On behalf of our students and the entire MIT community, we are pleased by this turn of events," MIT President L. Rafael Reif also said in a statement.

"I have been inspired by the outpouring of support for our position that flooded in from higher education and other organizations so quickly."

watch now
VIDEO2:5202:52
'It's a cruel political move': College Board CEO on students at risk of deportation
The Exchange

Last Monday, federal immigration authorities said international students who are enrolled in online only courses during the coronavirus crisis "must depart the country or take other measures, such as transferring to a school with in-person instruction."

Over 59 public and private colleges — including Johns Hopkins University, Stanford University, Duke University and Emory University, as well as every member of the Ivy League — signed a court brief supporting the lawsuit brought by Harvard and MIT against Immigration and Customs Enforcement and the Department of Homeland Security.

Some schools, including Harvard, have already said that fall classes would be taught online. With just weeks to go before the fall semester, "universities are scrambling to revisit decisions made after months of careful planning in reliance on the government's prior guidance," the brief said.

The Presidents' Alliance on Higher Education and Immigration, which includes another 180 colleges, also filed a court brief in opposition to the new guidelines.

The brief argues that higher education institutions and international students will experience "significant burdens" because of the policy and "and our country is worse off for it," according to Miriam Feldblum, executive director of the Presidents' Alliance on Higher Education and Immigration. 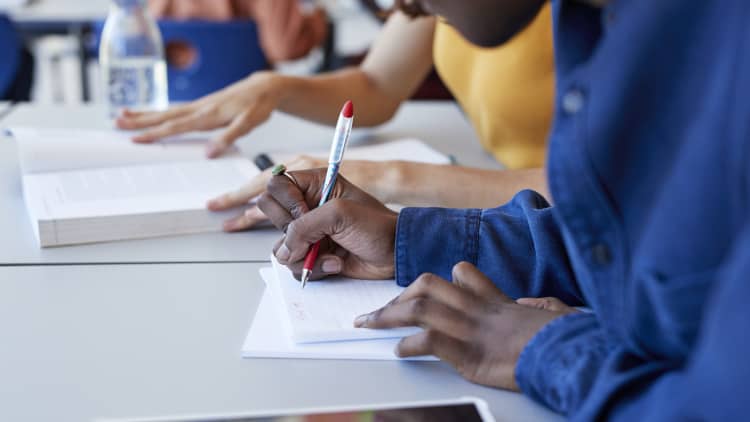 In all, more than a dozen briefs were filed in support of Harvard and MIT.

"The administration's decision is gratuitous, cruel and inimical to what this country is about," Johns Hopkins President Ronald Daniels said in a statement.

Hopkins filed a separate suit in the Federal District Court for Washington, D.C. That hearing is set for Wednesday.

"The university was left with no option but to bring an emergency lawsuit in federal court to stop the administration from pushing ahead with an illegal and unconstitutional directive that, if permitted to stand, would fundamentally undermine the educational freedoms and humanitarian values that animate higher education in our country," President Daniels said. 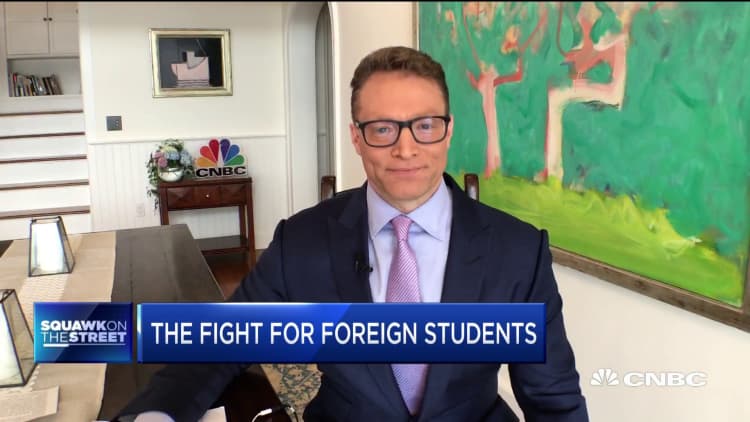 "The sheer number of schools who have either filed their own cases against the proposed guidance or filed an amicus brief in support of an existing case, which I believe has now reached over 200, illustrates just how important international students are to the U.S. higher education system," said Abigail Boggs, assistant professor of sociology at Wesleyan University.

However, "this case is not as over," she added. "It is still not clear how or if visas will be available for incoming students."

"And the harm done to how students from outside the  U.S. feel about coming is immense."