McDonald's investigation into former CEO Steve Easterbrook's behavior includes probing allegations of misconduct leveled at the company's human resources department and whether he covered up other employees' improprieties, according to reports from The Wall Street Journal and Bloomberg.

Earlier this month, the global fast-food chain said it was suing Easterbrook for allegedly covering up and lying about his sexual relationships with three employees. McDonald's fired him without cause in November after he acknowledged a consensual relationship with one employee.

The company is now seeking to claw back tens of millions of dollars of Easterbrook's severance money. He has denied the lawsuit's claims and argued that McDonald's had the information about his relationships with employees when it negotiated his separation agreement. McDonald's said it stands by the complaint.

A tip to McDonald's Chairman Rick Hernandez in July sparked an investigation and then the lawsuit, the Journal reported Tuesday. McDonald's executives told the newspaper the tip included allegations about the HR department and potential improprieties by other employees.

Since April, the company's HR department has been under an internal review run by its new chief people officer and former Boeing executive Heidi Capozzi, company executives said. Her review into hiring practices, performance evaluations and how employee concerns are handled is concurrent with the board's probe of the department.

"The Board will follow the facts wherever they may lead," McDonald's said in a statement.

Company executives said Capozzi is also conducting surveys and listening sessions with employees for a cultural assessment of McDonald's.

Capozzi, who joined the company in April, succeeded David Fairhurst, who left in the wake of Easterbrook's departure. The company did not provide a reason for his departure at the time, citing company policy to not comment on personnel matters but told Bloomberg on Tuesday that it fired him with cause.

Easterbrook's attorney and Fairhurst did not immediately respond to a request for comment from CNBC. 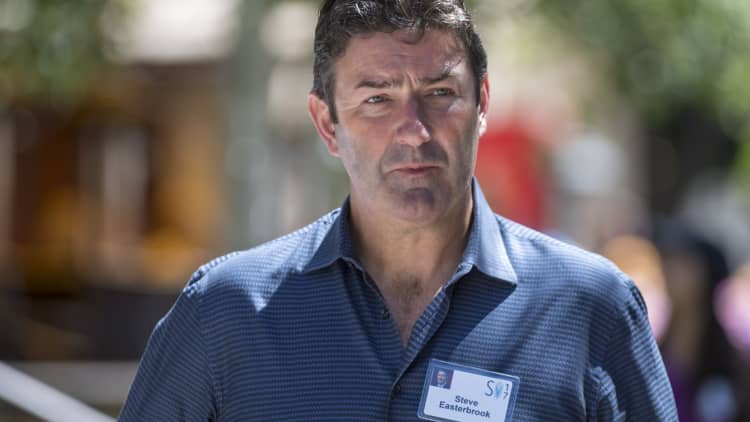