House Speaker Nancy Pelosi on Thursday said there won't be stand-alone bill for additional airline aid without a larger coronavirus stimulus package, another obstacle to further federal support for the battered sector that has already cut thousands of employees.

Pelosi's comments come two days after President Donald Trump halted talks on a national coronavirus package until after the election but urged additional aid for airlines, a plan that has won bipartisan backing.

U.S. carriers last week started furloughing more than 33,000 workers, the vast majority of the cuts at American and United. Terms of the $25 billion in support Congress approved in the $2.2 trillion CARES Act in March prohibited airlines from furloughing workers until Oct. 1.

The funds were meant to help airlines manage a dip in demand but a significant rebound in bookings has failed to materialize. Airlines and labor unions have been urging lawmakers and the Trump administration to approve $25 billion more to preserve jobs through March 2021. American and United said they would bring back workers if the additional aid is approved.

"It's consistent with what has been going on in this process for quite some time now. That is huge bipartisan support for extension of [payroll support] for the airlines ... but a frustrating process by which we're trying to get it enacted," American's CEO, Doug Parker, told CNBC. 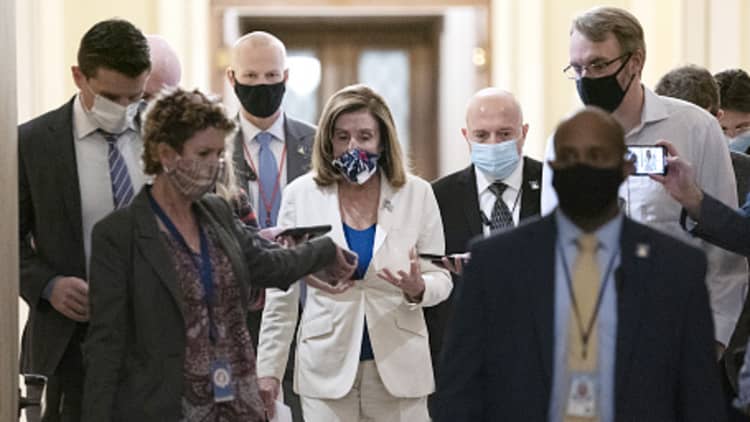 The initial round of aid required airlines to maintain minimum service levels regardless of demand and with the terms now expired. American has already cut more than a dozen routes to small U.S. cities and could further reduce service without more federal support, Parker said.

Parker added that revenue at American, which reports results Oct. 22, fell about 75% in the third quarter from a year ago and would likely fall 65% in the fourth quarter from the year-earlier period, a slight improvement from this spring.

Despite the bipartisan support, lawmakers and the Trump administration had repeatedly failed to reach deals on further coronavirus aid and an attempt at a stand-alone airline bill failed in the House on Friday after Pelosi asked airlines to pause furloughs, vowing more more aid for the industry.

At the end of her Thursday news conference, Pelosi suggested the White House and Democrats could renew talks toward a broader aid package.

"We're at the table. We want to continue the conversation. We've made some progress, we're exchanging language," the speaker said.

Earlier in the day, Trump said his administration and Democrats restarted talks toward a "bigger deal" that would address aid for airline payrolls and direct payments to Americans. Two days earlier, he abruptly ordered White House advisors to back out of talks with Pelosi until after the Nov. 3 election, even as she and Treasury Secretary Steven Mnuchin worked toward striking a broad stimulus agreement. Pelosi and Mnuchin spoke Thursday afternoon, a spokesman said.

Among the core disputes, Pelosi has pushed for $436 billion in relief for cash-strapped state and local governments and reinstating the $600-per-week supplement unemployment insurance that expired during the summer. The White House has offered $250 billion in state and municipal aid and a $400 enhanced weekly jobless benefit.

The sides have failed to strike a deal on a fifth pandemic relief package during months of on-again, off-again discussions. As the virus continues to spread and the U.S. economy struggles to recover from the outbreak, concerns have grown about more damage to Americans' health and financial well-being in the coming months.

Despite the logjam in Congress, Pelosi said she is still optimistic about the prospects of reaching a deal.

"I'm hopeful, because it has to be done. If the president wants to wait until he wins the election, that might be an eternity," she said Thursday. 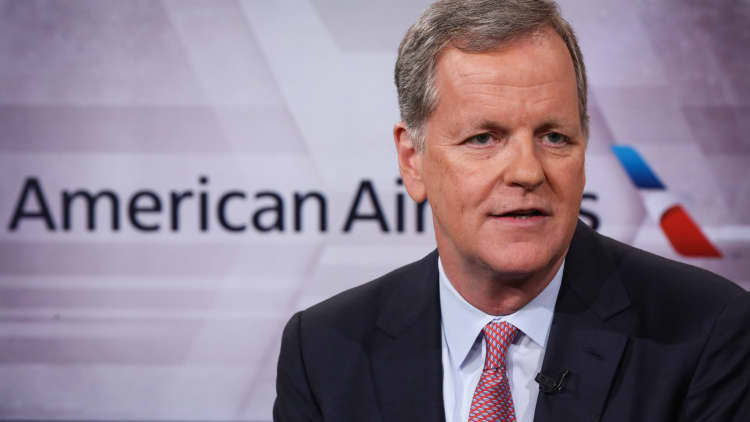