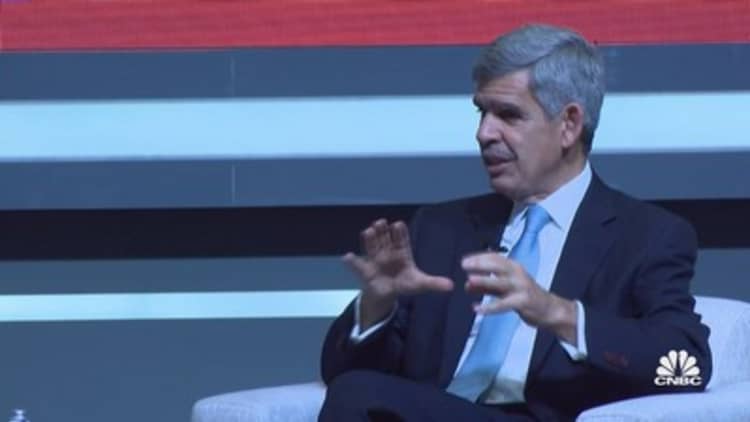 The Federal Reserve is losing credibility over its long-standing view that inflation is transitory, according to Mohamed El-Erian, chief economic advisor at Allianz.

"I think the Fed is losing credibility," El-Erian said Monday. "I've argued that it is really important to reestablish a credible voice on inflation and this has massive institutional, political and social implications."

He was speaking to CNBC's Dan Murphy at the ADIPEC energy industry forum in Abu Dhabi, the United Arab Emirates.

"So, it is a big issue and I hope that the Fed will catch up with developments on the ground," he added.

A spokesperson for the Federal Reserve was not immediately available to comment when contacted by CNBC.

Three new stocks gain entry to the Dividend Aristocrat elite, which outperformed in 2022

Some Wall Street analysts are predicting a market decline. Here's when that might happen

Fed Chair Jerome Powell has previously said he expects inflation conditions to persist "well into next year" and conceded it is "frustrating" that supply chain issues are showing no signs of improvement. The Fed has largely stuck to its messaging, however, that rising inflation is largely tied to the coronavirus pandemic and these supply chain problems will pass.

The consumer price index, which covers products ranging from gasoline and health care to groceries and rents, rose 0.9% on a monthly basis in October, the Labor Department reported on Nov. 10, significantly higher than expectations. The reading climbed to 6.2% year over year, hitting its highest point since December 1990.

'It is not transitory'

"We have ample evidence that there are behavioral changes going on," El-Erian said. "Companies are charging higher prices [and] there's more to come. Supply disruptions are lasting for a lot longer than anybody anticipated. Consumers are advancing purchases in order to avoid problems down the road — that of course puts pressure on inflation. And then wage behaviors are changing."

"So, if you look at the underlying behavioral element that leads to inflation, you come up with the conclusion that this will last for a while. And that's even before you talk about the renewed Covid disruptions," he added. 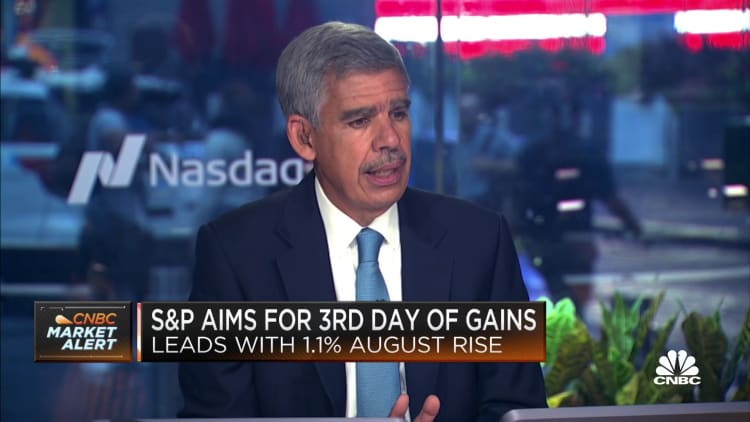 VIDEO7:4207:42
Why Mohamed El-Erian thinks US is in a major policy mistake
Squawk Box

El-Erian cited the reintroduction of public health restrictions and the closure of ports in big manufacturing nations, such as China and Vietnam, as examples of renewed supply chain disruptions.

When asked what the most appropriate response from the Fed would be, El-Erian said, "To accelerate, in December, the pace of tapering."

The Fed said on Nov. 3 that it would start tapering the pace of its monthly bond purchases "later this month." The process will see reductions of $15 billion each month — $10 billion in Treasurys and $5 billion in mortgage-backed securities — from the current $120 billion a month that the Fed is buying.

"And secondly, start doing what the Bank of England is doing … which is start preparing people for higher interest rates," El-Erian said, citing similar steps taken by central banks from Australia, New Zealand and Norway, among many others. 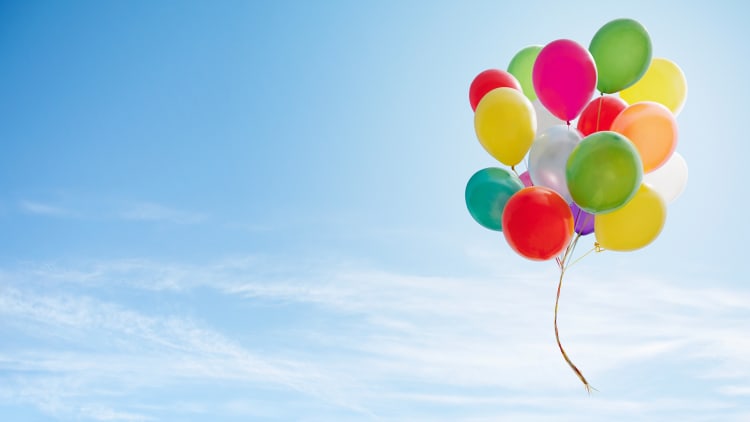 watch now
VIDEO12:3512:35
Why everyone is so obsessed with inflation
CNBC Explains