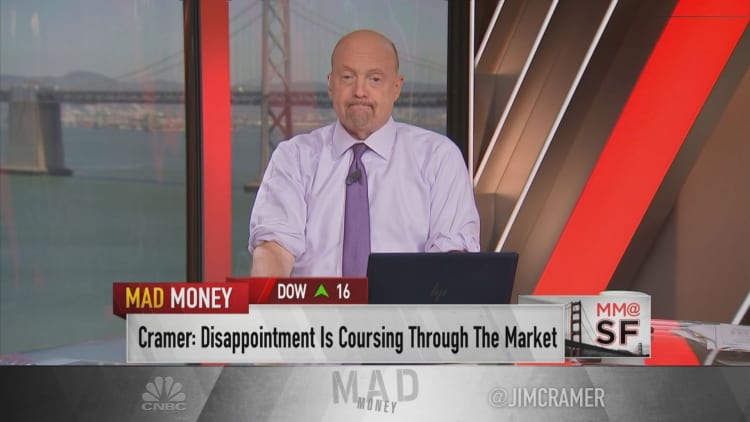 watch now
VIDEO1:4401:44
Jim Cramer says to buy the dip in oil stocks, stay away from everything else
Mad Money with Jim Cramer

CNBC's Jim Cramer on Monday said the only stocks investors should be buying the dip on are oil names.

"I want to be kind to this market and tell you it's the same old buy the dips game plan. But in reality, the only dip that can be bought right now, at least, is the dip in oil. Everything else is, as they now say in a damning way, transactional and nothing more," the "Mad Money" host said.

Cramer said that there have been several stock disappointments in the market recently that made him wary of nonoil names. He noted that shares of AMD fell days before its analyst meeting on Thursday, and he expects Apple analysts to downgrade the iPhone maker's stock if its Worldwide Developers Conference struggles to excite the "raging bears."

"When [stocks] start out strong, there's a pretty good chance they'll give up the ghost by midday," he said.

Elon Musk's public feud with Twitter over his acquisition deal is yet another source of disappointment in the market, Cramer said.

Yet, for oil, even when the sellers come in, the buyers come right back and keep the stock afloat, according to Cramer, making those stocks stand out from others in the market.

"Prices are going higher at the pump, and nobody but the president can do anything about it — and even he can't do all that much. … Either way, the lesson is simple: Just get long on some oil stock," he said. 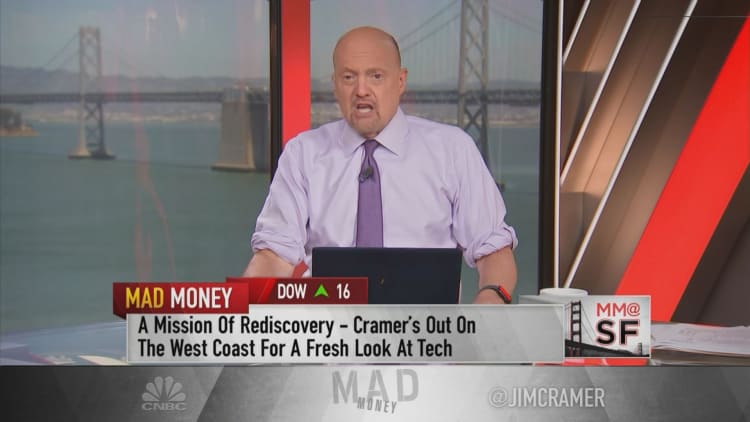 Sign up now for the CNBC Investing Club to follow Jim Cramer's every move in the market.