'Don't Call Me a Multi-Level Marketer' 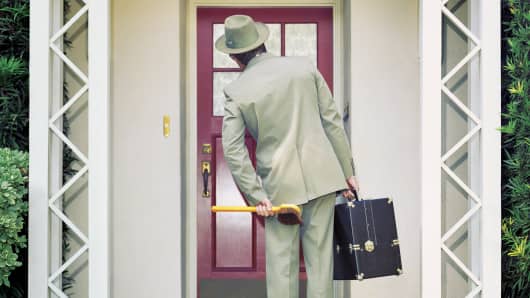 What is multi-level marketing?

In general. also called network marketing, multi-level marketing is a form of knocking on doors and making calls to directly pitch a product to a customer.

From the website of the Direct Selling Association, the industry trade group:

Multilevel marketing, which is commonly referred to as MLM, is a type of compensation plan found in direct selling. A direct selling company that offers a multilevel compensation plan pays its representatives based on the individual's product sales as well as that of their "downline," which refers to a group of people that consultants bring into a company to generate sales, their recruits, and so on.

"Virtually every member of direct selling uses compensation not only for its own sales, but for the sales of people they bring into organization," says Joe Mariano, the group's president. "It's all based on sales to consumers and ultimate consumers—in-person, face-to-face, outside of the traditional retail environment." (Read More: Multi-Level Marketing Critic: Beware 'Main Street Bubble'.)

But not every company admits to being even a direct seller.

Tupperware, for example, no longer calls itself a direct sales company, instead using the term direct-to-consumer. The company didn't return calls from CNBC. But speaking to the Wall Street Journal, CEO Rick Goings said, "Direct selling left us, because the industry became dominate by buying clubs and what looked like pyramid schemes." (Read More: Why Spotting a Pyramid Scheme Isn't So Easy.)

And privately held Melaleuca, which is a member of the Direct Selling Association, goes out of its way to say it is not a multi-level marketer because its business model doesn't meet any state or federal criteria.

"Contrary to those who do not know us, our business model is nothing like Amway or Herbalife. I challenge anyone to find any similarity whatsoever." (Read More: Activist Investor Dan Loeb Takes 8% Stake in Herbalife.) 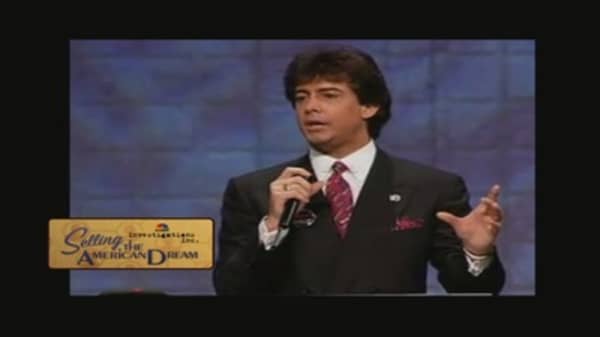 While the company sells its products through what appears to be a multi-level structure, Vandersloot said: "We have long been critical of many MLM/pyramid schemes operating in this country. I agree with those who say that typical MLM companies destroy people's finances. Most are designed to attract people to 'invest' in large purchase with the promise of 'getting rich' quickly by getting others to invest. The guy at the top always wins and the guy on the bottom always loses." (Read More: How Multi-Level Marketers Dodged a Bullet.)

Melaleuca said that unlike multi-level marketers, its model is not "predatory" and is based on sales directly to customers—never other distributors.

Unlike some multi-level marketers, including Herbalife, Melaleuca says it knows exactly how much of its sales go to customers who are not also distributors (62.2 percent every month—another 23 percent if you include former distributors who still buy the product for themselves.") (Read More: Ackman: 'Haven't Covered a Share' of Herbalife.)

The company feels so strongly about this that over the past decade it has, from time to time, issued a challenge, with this poster that it has circulated: "Reward: $10,000. Wanted: Identify and SUCCESSFUL MLM company founded in the last 30 years." (Read More: Before You Join: Six Questions to Ask.)

To which Mariano of the Direct Selling Association concedes that among direct sellers, "everybody has their own definition of multi-level marketing."

—By CNBC's Herb Greenberg; Follow him on Twitter:@herbgreenberg and Google