OK, Amazon, here are some cities you should consider calling 'home' 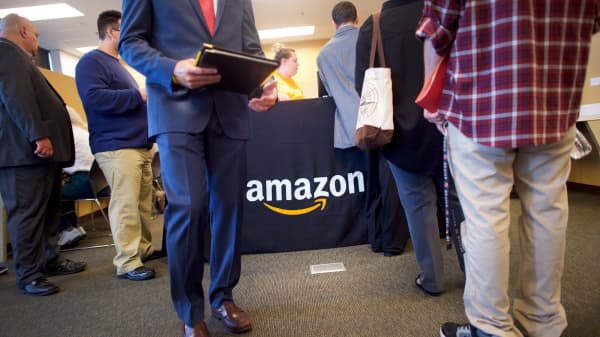 Amazon is wrapping up what amounts to a contest with a multibillion-dollar prize for the North American city that becomes the site of the online retailer's second headquarters.

Based on the response, the company will have a tough time making a decision, and CNBC wants to help.

To get the bidding started last month, Amazon promised to invest more than $5 billion and hire 50,000 people for its new headquarters, which it says will rival its sprawling Seattle campus in size and scope. In return, state and city governments are expected to offer generous tax benefits and other incentives.

The result has been a flood of pitches from across the country, from big cities such as New York and Chicago to small regions such as Lehigh Valley, Pennsylvania. More than 100 cities and counties have expressed interest.

Those proposals, due Thursday, sought to highlight each city's strengths, based on the wish list the company created to help it find the perfect spot for its new campus.

The list included a population of more than 1 million people, an international airport, mass transit, quality higher education, an educated workforce and a solid business climate. 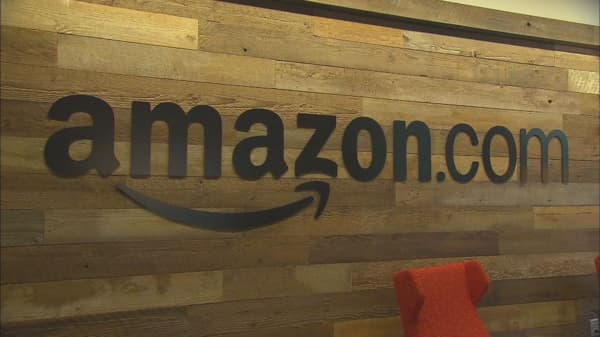 So, to help the world's largest e-commerce company narrow down its search, CNBC looked at some of the key criteria the online retailer laid out in its pitch to cities and states.

To measure how prospective cities stack up, we started with a list of cities with at least 1 million people and then ranked them in five categories: local airport traffic, mass transit ridership, the number of accredited higher educational institutions, the share of the workforce with at least a college degree and the pace of job growth over the last 12 months.

In its request for proposals, the company wasn't shy about asking states and cities to cough up incentives — from donated land to breaks on taxes and fees to relocation subsidies.

In return, Amazon pointed to its Seattle headquarters as a sign of what it could bring to a new host city. Its workforce has grown to more than 380,000 from less than 25,000 since it moved to downtown Seattle in 2010, the company said.

"We want to find a city that is excited to work with us and where our customers, employees, and the community can all benefit," Amazon said.

The company has a strong track record of tapping state and local governments' generosity. Amazon has been awarded 70 state and local subsidies, totaling at least $732.79 million in value, since 2000, according to the nonprofit Good Jobs First. Texas leads the way with granting the most subsidy value to Amazon, followed by Kentucky, Ohio and Illinois, the group told Reuters.

But it remains to be seen which cities and states will step up to participate in Amazon's bidding war.

Until then, the competitors can tout the infrastructure and workforce characteristics the company is targeting. When we ranked the top 20 cities in each of those criteria, some of them began to stand out.

Beyond the incentives it gets from state and local governments, Amazon will need to secure enough land for a sizable complex. Its current Seattle campus includes 8.1 million square feet of space in 33 buildings and employs more than 40,000 people.

The company said its new second headquarters would initially need more than 500,000 square feet and up to 8 million square feet beyond 2027.

But first it needs to pick a city. To better rank them overall, we gave each city points based on how they rank in Amazon's criteria and then added up the score. Based on those results, Amazon might want to give New York, Atlanta, Chicago, San Francisco and Boston a close look.

The company isn't limiting its search to the U.S. In its proposal, Amazon said it's looking for a location in North America, and asked for proposals from states, cities or provinces. For our search, given the challenges of locating in Cuba, Haiti or Guatemala, we limited the starting list to the U.S., Canada and Mexico.

With 11 cities of sufficient population, Mexico offers some intriguing prospects for an online retailer with global ambitions. Those cities play host to some of the features Amazon is looking for, including mass transit, international airports, and colleges and universities.

But we eliminated Mexican cities for a simple, unscientific reason. It seems likely that Amazon would face enormous political backlash, especially from President Donald Trump, who has complained bitterly about companies moving jobs to Mexico.

The president also has criticized Amazon for doing "great damage" to retailers, costing jobs in cities and states. (Not to mention Trump's Twitter broadsides against The Washington Post, which is owned by Amazon CEO Jeff Bezos.)

For the rest of Amazon's wish list, we looked at public transportation ridership, workforce educational attainment, local area job growth, airport passenger traffic and the number of accredited post-secondary education institutions in each city. For the top 20 in each category, we gave 20 points for the No. 1 rank, 19 points for the second rank, and so on.

Amazon has said it will select the location sometime next year. 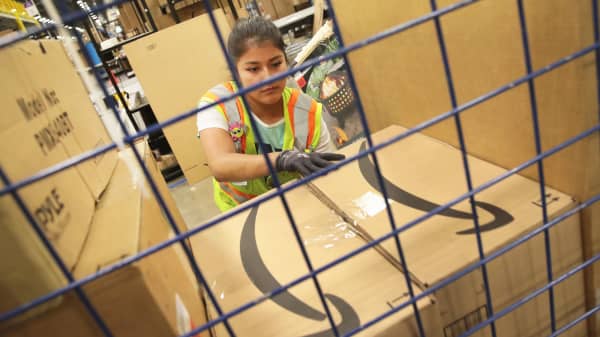