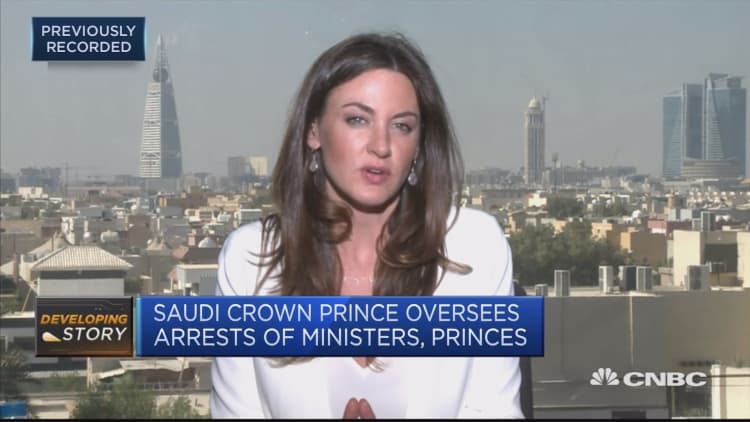 Saudi Arabia's Prince Alwaleed Bin Talal, a prominent member of the country's royal family and a wealthy investor, has been swept up in connection with a wide-ranging anti-corruption initiative, according to reports.

Saudi Arabia's King Salman removed a host of prominent officials in a sweeping crackdown, in which dozens of princes and former ministers were detained. News outlets, including Saudi-owned Al Arabiya and The Wall Street Journal, reported Bin Talal was among those arrested. CNBC could not immediately confirm Bin Talal's status.

If verified, the arrest of Bin Talal would represent a jarring turn of events as the prince has cultivated an image as the de-facto public face of Saudi finance. It would also be the most dramatic chapter in the evolving narrative of Bin Salman, who has steadily consolidated his authority since his elevation to Defense Minister in early 2015.

Considered one of the most prominent members of the Saudi royal family, Bin Talal has been the subject of numerous profiles in U.S. and international publications. He has made numerous appearances on CNBC dispensing investment advice — such as last month, when he predicted bitcoin was little more than a speculative bubble that would soon "implode"

The billionaire is an American-educated philanthropist and investor who is heavily invested in U.S. corporate giants like Citigroup, Apple, 21st Century Fox and Twitter, just to name a few. Between 1991 and 1995, bin Talal came to the rescue of President Donald Trump, whose real estate empire was under strain. Bin Talal purchased a yacht, and invested in Trump's Plaza Hotel.

In 2015, Bin Talal announced he would donate his entire fortune to help build a "better world of tolerance, acceptance, equality and opportunity for all." 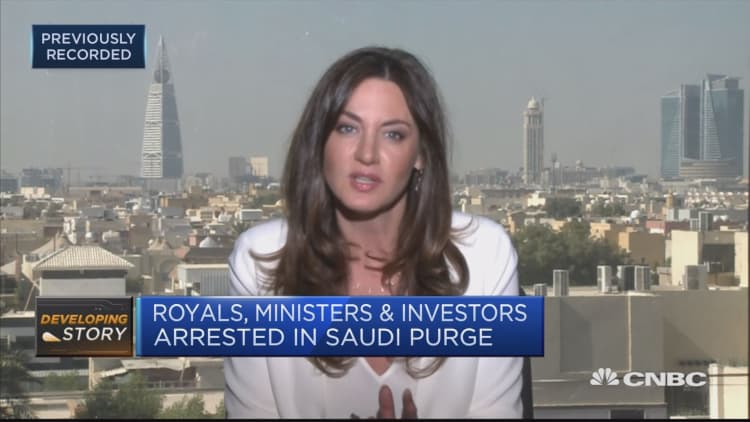 The anti-corruption sweep is taking place against a backdrop of reform in Saudi Arabia, and the impending launch of an initial public offering for state-owned oil giant Saudi Aramco next year. The IPO is expected to be the largest in history, and Aramco is widely expected to dual-list shares on an international exchange.

Saudi Arabia's Finance Ministry, for its part, said Sunday that the kingdom's decision to set up an
anti-corruption committee and detain prominent figures enhanced confidence in the rule of law, Al Arabiya television reported.

Saudi Arabia announced the committee and the detentions late on Saturday.