Come next summer, your financial advisor may have something to tell you. Make sure you listen carefully.

A new federal regulation calls for a broad swath of the nation's advisors, by June 30, to put clients' interests first when giving investment advice. They'll also have to disclose conflicts of interest, and broker-dealers will be tasked with mitigating — and in some cases eliminating — those conflicts among the 630,000 brokers they employ.

At the same time, however, there will continue to be different ethical standards that apply to different advisors, depending on how they are regulated, their business model — i.e., how they get paid — and their specific relationship with the client.

"Broker-dealers and registered investment advisory firms historically have not have a uniform standard of conduct, and that has not changed," said Jim Lundy, who focuses on securities law and is a partner with the law firm of Drinker Biddle.

Regulation Best Interest, adopted by the Securities and Exchange Commission in early June, is the latest regulatory move in the years-long debate over whether all advisors and brokers should adhere to a uniform "fiduciary standard," which requires putting clients' interests first on an ongoing basis.

SEC-registered investment advisory firms and their advisors, which are regulated differently than brokerages, must adhere to that fiduciary standard. Brokerages and their brokers are regulated by the Financial Industry Regulatory Authority, which in turn is overseen by the SEC.

Much of the debate centers around how an advisor gets paid: on a fee basis — which many fiduciaries do — or via reimbursements such as commissions, which dominate the brokerage side of the advice business. In fact, though, many of the nation's brokers also are registered with the SEC as an advisor, meaning they can wear both hats and get paid both ways. 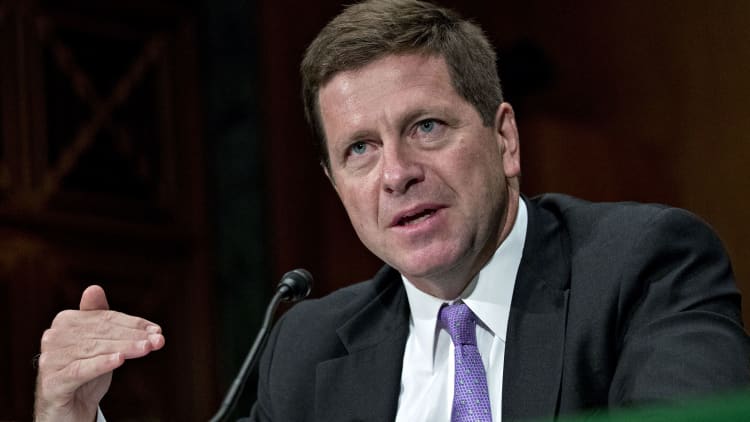 The multi-tentacled tug-of-war is likely to persist.

"There are some discussions that go on for years," said Kevin Keller, CEO of the Certified Financial Planner Board of Standards. "This is one that I think will continue."

That group, which is the certifying body for its 84,000-plus CFP holders, has added its own improved standard to the mix.

Coinciding with Regulation Best Interest's enforcement date of next June, the CFP Board's new ethics code will require all CFPs — regardless of how they are regulated — to adhere to a fiduciary standard at all times. This is a change from requiring that level of care only for the financial-planning aspect of the client relationship. The board, however, does not have regulatory authority.

Additionally, several states — Nevada, New Jersey and Massachusetts — are weighing whether to impose their own fiduciary duty on advisors doing business within their borders. Those moves are vehemently opposed by the securities industry.

More from Personal Finance:
These are the best US cities for retirement
Millennials aren't thinking about this risk to their finances
Foul ball: 10 top-earning athletes who lost a lot of money

The Labor Department also has a spoon in the stew. The agency has been working on a revised fiduciary rule, after its initial version was struck down in a 2018 court challenge.

That rule would have required any advisor or broker providing advice for retirement accounts to adhere to a fiduciary duty. The agency already requires 401(k) plans or similar workplace options to meet that standard.

While the agency has indicated it will release a new version of the rule later this year, exactly what it might look like is uncertain. Labor Secretary Alexander Acosta recently resigned, and President Donald Trump has nominated Eugene Scalia — an attorney who helped the securities industry successfully defeat the department's fiduciary rule in court — to replace him.

"I think everything is up in the air at DOL now because of the resignation of Acosta and the nomination of Scalia," said Fred Reish, who specializes in retirement law and is a partner with Drinker Biddle. "No one really knows what approach Scalia would take."

Regulation Best Interest is viewed by many observers as an improvement over the current "suitability" standard for brokers, which requires them only to ensure an investment is appropriate — not necessarily the best available option.

Despite the change, critics warn that the new rules fall short because it doesn't do enough to limit the impact of conflicts of interest — such as commission-based pay or other financial arrangements — that end up costing investors and lining the pockets of brokers.

"The SEC is saying, 'We'll let you have the conflict and then just mitigate it,'" said Barbara Roper, director of investor protection for the Consumer Federation of America.

"Two different advisors both can call what they do financial planning or retirement planning, and one could have a duty to you for the whole relationship, but for the other — a broker — it's transaction by transaction," Roper said.

All compensation models have conflicts.
Kevin Keller
CEO of the Certified Financial Planner Board of Standards

However, the new regulation does limit who can call themselves an "advisor." Basically, anyone who sells only investments will be prohibited from doing so, although some critics say the language allows for wiggle room. Brokers who also are registered as advisors with the SEC will still be permitted to use the term.

The securities industry has supported retaining the different regulatory structures and accompanying standards, saying that it provides consumers with choices. That is, some clients only want guidance choosing an investment — i.e., a mutual fund — but don't want to pay for ongoing management of their assets.

And, industry advocates argue, the steps that brokers will have to take under Regulation Best Interest to ensure they are not putting their own financial interests first — such as considering what the investment will cost the client and comparing it with other options — will go a long way toward bringing it in line with the duty of care required by advisors who are fiduciaries

As for eliminating all conflicts of interest, some observers say it's an impossible task, regardless of how an advisor is paid.

"All compensation models have conflicts," said Keller of the CFP Board. "If you're getting paid for what you do, there's a conflict."

Regardless of which twist or turn the fiduciary saga takes next, there is hope that the latest improvement to transaction-based advice will translate into investors being better served.

"I think this is continuing us as an industry down a path of increased professionalism," said Ira Hammerman, executive vice president and general counsel for SIFMA.

"These greater standards, combined with training, compliance and documentation efforts … will lead to more professional interactions with clients," Hammerman said. "That's a positive development for everyone."