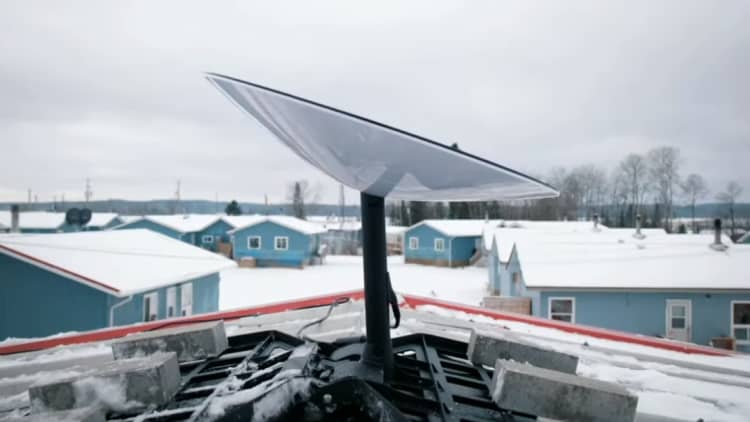 watch now
VIDEO19:1519:15
SpaceX is a leader in rocket launches, but Starlink is its golden ticket
Tech

SpaceX added subscribers to its Starlink satellite internet service, with Elon Musk's company saying it now serves about 90,000 users around the world.

The company gave an update on Starlink's growth in a July 29 call with Federal Communications Commission officials, noting that the service now has users in 12 countries. The new user total, which appears to count the number of households with a Starlink dish, marks an addition of about 20,000 users in a month, as Musk said in late June that the company had passed "the strategically notable number of 69,420 active users."

Starlink is the company's capital-intensive project to build an interconnected internet network with thousands of satellites, known in the space industry as a constellation, designed to deliver high-speed internet to consumers anywhere on the planet. SpaceX first rolled out the service with a beta program for select consumers for $99 a month, and in the past year has sought regulatory approval to test the network inflight and expand the service to large moving vehicles, like ships and trucks.

A Starlink user terminal being set up.
SpaceX

SpaceX also told the FCC that Starlink has "over half a million orders/deposits globally," with Musk having said in June that the company could add that many users by summer 2022.

Starlink is the world's largest satellite constellation, with more than 1,700 satellite launched to date.

The company also gave the FCC an overview of the "next-generation satellites" the company plans to begin launching. The new Starlink satellites will feature "faster speeds," "lower latency," and "more backhaul capacity" to serve more users, SpaceX said. Latency is the amount of delay in an internet network. It measures how much time it takes for a signal to travel back and forth from a destination.

Starship prototype SN15 returns for a landing on May 5, 2021 after a high-altitude flight test.
SpaceX

Starship and Starlink each represent multi-billion dollar projects that are key to SpaceX's growth, driving much of the company's $74 billion valuation.