In recent years, many financial advisors have been cautious talking to clients about energy companies. So much so that it's become almost taboo.

Undoubtedly, environmental, social and corporate governance concerns have played a part, with a burgeoning number of investors now more mindful about what's in their portfolios than ever before. Government-led decarbonization efforts around the globe and the move to produce alternative energy sources have also been major factors in dimming the perception of traditional oil and gas assets.

Despite this, there are several reasons why a few firms within this sector are poised to do well and, thus, are worth recommending to clients.

For one, demand will likely remain high. The emergence of the omicron variant of Covid-19 spooked the markets and caused concern among economists, but the lasting impact could be minimal. As of now, hospitals have not been overwhelmed and further lockdowns in the U.S. seem improbable — though this could change as we learn more.

More from Personal Finance:
Who can claim the home-office tax deduction
How to avoid tax bomb when selling your home
Must-know changes for the 2021 tax season

Secondly, domestic oil companies of late have prioritized buybacks and dividends versus investing in new production capacity. The oil is there. But firms don't seem eager to spend the time, money and effort to get it. As a result, supply will remain artificially low, supporting higher prices.

Third, OPEC and its oil-producing allies such as Russia, which encompass OPEC+, cannot simply flip a switch. The perception is that it could flood the market if it wanted to (it presumably doesn't), which would trigger a decline in prices. But it's likely not as simple as that.

Indeed, the cartel has missed production targets for months. Granted, strategic reasons unquestionably explain some of the shortfalls. Yet many of these countries likely have the same logistical, labor and pricing issues that their U.S. counterparts face. So, even if OPEC+ were willing to raise output, there's no guarantee it could do it quickly.

Fourth, oil and energy companies have long been a hedge against inflation, making them more likely to advance should the cost of goods and services continue to escalate. While the Federal Reserve for months maintained that price spikes were transitory, it is beginning to change its tune. Fed chairman Jerome Powell recently signaled that policymakers would start to unwind their bond-buying program earlier than expected, a tacit acknowledgment that inflation could be more enduring than they initially believed. 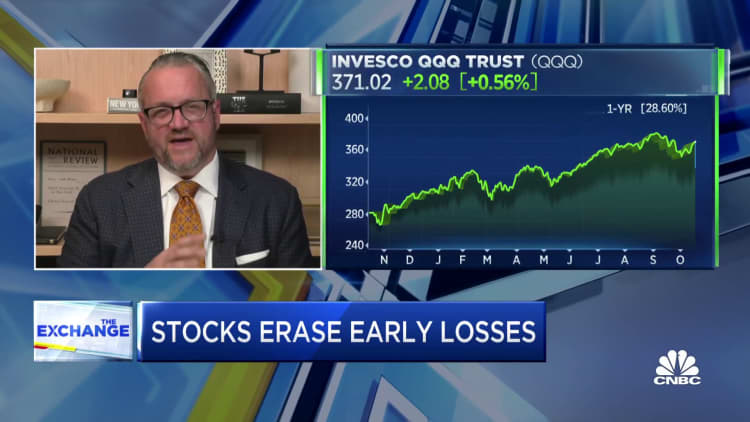 Many domestic firms have recently gone to great lengths to reward shareholders, including Exxon and Chevron, both of which generate higher than average dividends. Royal Dutch Shell, though not an American-based firm, does as well.

But keep in mind that these firms spent and borrowed heavily to develop new production capacity during the shale boom. The need to deleverage will impact these companies' ability to sustain dividends and buy back shares.

To be sure, given the current dynamics of the oil market, none of them are unattractive — they're just not as well-positioned as some others. Consequently, while dividends are nice, it's unwise to reach for yield at the expense of total return.

Pure-play exploration and production companies, for their part, could do much better. Unlike the firms mentioned above that have more diversified businesses, they don't refine or ship oil. All they do is pull it out of the ground and sell it, which is far less capital-intensive. Therefore, many exploration and production firms will benefit from an uptick in oil prices without being exposed to some of the rising input costs that others have to absorb.

Two names that fit this profile are Ovintiv Inc. and Marathon Oil. While each pays a more modest dividend (approximately 1.5%), both have a far better cash flow outlook that could translate into higher returns for shareholders for a more extended period.

Another company to consider is Suncor, a Canada-based oil producer with a relatively low valuation, strong balance sheet and healthy dividend. It's not listed directly on any U.S. exchange but is accessible through American depository receipts. Murphy Oil, too, is worth a look, having just partnered with Exxon on a Brazilian-based project that could raise its share price by 20% to 40% in the coming year.

Meanwhile, BP may be the pick of the litter, offering investors the best of both worlds: a generous dividend (4.77%) and strong cash flows.

Let's face it: Some energy companies can be hard to love. None of them enjoy the brand loyalty of, say Apple, Disney or Nike. And some have been responsible for accidents that have ravaged ecosystems and local economies.

In fact, the banking sector — which broad swaths of the public blame for blowing up the global economy in the lead up to the financial crisis — has a much higher favorability rating.

Still, with interest rates set to rise, many areas of the market that have boosted portfolios in recent years could begin to suffer, most notably tech companies with lofty multiples. Therefore, advisors will have to search for returns in other areas, and in the current environment, energy could be the place to be, despite any uneasiness that may cause them or their clients.