Our top picks of timely offers from our partners 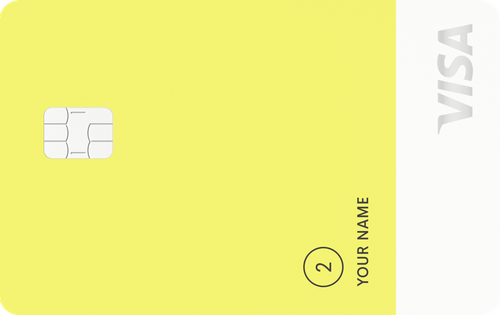 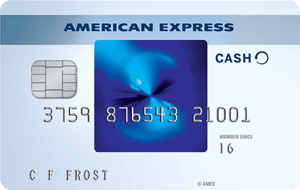 Learn More
Terms Apply
IdentityForce®
For a limited time, get 3 months free on all annual plans - offer expires 03/12/2021
CNBC Select may receive an affiliate commission when you click on the links for products from our partners. Click here to read our full advertiser disclosure.
Getty Images

No matter if you're a die-hard numbers cruncher, a hands-off money manager or an aspiring budgeter, the options are endless — and there's always a right app for everyone.

Consider your needs before settling on just any free budgeting app. Think about whether you want help tracking your incoming and outgoing cash, or if you want more than that. Maybe you need an app that can also help curb your spending, save you money and put you on the fast track to debt payoff.

If you're the latter, then the You Need A Budget (YNAB) app is for you. Out of a dozen-plus apps that CNBC Select compared when rating the best budgeting apps and best expense tracker apps, YNAB stood out for being the best app for serious budgeters.

Instead of using traditional budgeting buckets, YNAB users map out a plan for every dollar. This is known as the "zero-based budgeting system," where you assign every dollar a purpose in your budget. This budgeting method helps you be intentional about where your money goes.

Below, we review the You Need A Budget (YNAB) app to give you all the details on its features, including the tools, perks, safety, pricing, availability and ratings so you can decide if it is the right app for managing your money.

You Need a Budget (YNAB)

Learn More
Information about You Need a Budget (YNAB) has been collected independently by CNBC and has not been reviewed or provided by YNAB prior to publication.

You Need A Budget (YNAB) automatically syncs to your bank accounts, credit cards and investment accounts once you link them to the app.

Unlike other budgeting apps which usually categorize your spending for you, YNAB users themselves choose where every dollar gets allocated to according to their priorities and what is important to them.

For example, if you have $500 in your checking account, you would divide that $500 into various categories, such as "Eating Out," "Rent" or "Savings."

By assigning every dollar a "job," you're proactive and have a detailed plan of where your money will go. If a friend wants to go to dinner, instead of pulling straight from your checking account without a thought, you would check your "Eating Out" category to see if you have enough in reserves.

If the balance is too low, that's a signal to you that you don't have enough to go to dinner.

Over time, this helps you learn to pace your wants and needs according to the predetermined budget you decide. Users can customize where to assign dollars, set savings goals and adjust their budgets accordingly.

The big perk with using the YNAB app is that it forces you to be thoughtful about your money and it makes you allocate funds toward saving and investing. For these reasons, the app is favorable for anyone trying to get out of debt.

YNAB also offers educational resources, such as a budgeting blog, and superior personal customer support. Another big perk is YNAB's 100+ free, live, online workshops offered every week by expert teachers. Workshops are short (20 minutes) and designed around different subject matters, such as "Getting Started," "Debit and "Credit Cards", "Building Savings" and "When Money's Tight."

YNAB's safety features include encrypted data that sends you codes to access your information, as well as using accredited data centers that have met strict security standards.

The YNAB app costs $84 per year or $11.99 per month, which is on the higher end for budgeting apps. Still, signing up for the annual rate instead of paying monthly will save you nearly $60.

There is a 34-day free trial so you can try out the app before committing to paying for it. Students get 12 months free with proof of a transcript, student ID or tuition statement.

The YNAB app is available in the App Store (for iOS) and is compatible with the iPhone, iPad, iPod touch and Apple Watch. It is also available on Google Play (for Android), the web and is even compatible with Amazon Echo and Alexa devices, so you can ask about your budget.

For a budgeting app that really puts you in control of your finances, You Need A Budget (YNAB) is a clear winner. Its zero-based budgeting approach lets you be be purposeful in your spending and saving for the future.

If you are trying to get out of debt and stop living paycheck to paycheck, check out the app's free trial to see if it works for you.

Those looking for a budgeting app with less commitment should try Mint (rated the best free app) or PocketGuard, which has an automated savings feature and sets spending limits for its users.

Learn more: 5 tips on what to look for when choosing a budgeting app

To determine which budgeting apps offer the best user experience, CNBC Select analyzed over a dozen apps offered by the top companies in this market and looked at their pricing, features, user reviews and ratings.

We narrowed down our ranking by only considering apps that sync transactions from users' bank accounts, come with low (or no) cost to sign up, are easy to use and can be accessed on multiple devices so are accessible and compatible for most.

The five apps we selected for this ranking are either free, offer a free version or have a free trial for users to test out before signing up.

All of the apps in our round-up have a sizable number of user reviews and high ratings. Each app on this list has at least 1,000 reviews in both the App Store (for iOS) and on Google Play (for Android), as well as a rating over 4 stars (out of 5) on both platforms.

Editorial Note: Opinions, analyses, reviews or recommendations expressed in this article are those of the CNBC Select editorial staff’s alone, and have not been reviewed, approved or otherwise endorsed by any third party.
Latest