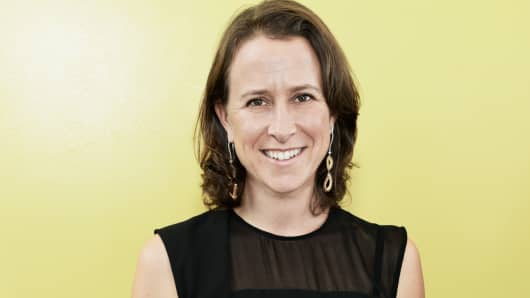 If you've ever wondered about why you like certain foods, are sensitive to particular smells or are a morning person, 23andMe likely has some answers for you. The Mountain View, California-based personal genetics company was started in 2006 by Anne Wojcicki, who had spent the prior decade investing in health-care and biotech companies. Her thinking was that if consumers had access to their own genetic information they could potentially make better choices about their health and researchers could better understand how to develop more effective new drugs and therapies.

The company claims it has more than 1 million customers worldwide. For $199, these folks provide a sample of their saliva in a vial the company sends to them in a pre-paid envelope. From that, customers get more than 60 personalized genetic reports in the categories of health, ancestry, and traits. The company says that more than 80 percent of its customers agree to share the results of their data to advance new treatments and studies for common and rare diseases. It sometimes uses the vast information it collects for interesting, if less than earth shattering conclusions. For instance, in February it published in the journal "Nature Communications" the results of a study that looked at the genetic markers for being a morning person.

The company has cleared some significant hurdles in its history. In 2013, the Food and Drug Administration essentially put the company's direct-to-consumer genetic testing business on pause until it basically revamped its website and made its genetic information much easier for customers to understand. Between 2013 and 2015, the company continued to provide consumers ancestry-related information and raw genetic data without interpretation. In 2015, the FDA approved the use by consumers of a personal DNA kit to indicate whether they are the carrier of a genetic variation associated with a limited number of conditions. But 23andMe can no longer use genetic information to predict the likelihood of a disease. On the site, it now makes clear that its tests "are not intended to diagnose a disease, or tell you anything about your risk for developing a disease in the future."

With these changes made, the company re-launched in early 2015 and since then has raised $115 million in venture capital financing from, among others, Fidelity Investments, Google Ventures and New Enterprise Associates. 23andMe also struck a research contract with Genentech in 2015 worth as much as $60 million, according to published reports, though it was not a one-time payment and the total value will depend on the company hitting specific milestones. Wojcicki says the company will continue to use the funding to develop a suite of FDA-approved tests that could one day "maybe lead to revolutionary cures."

The complete history of the CNBC Disruptor 50