Op-Ed: Trumponomics, not Comey, is the real worry 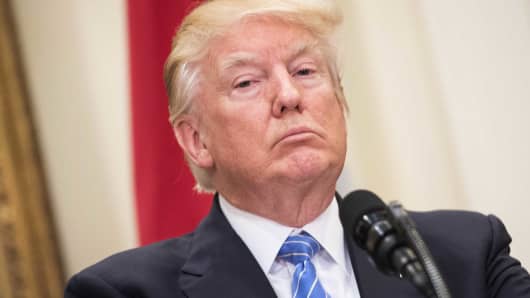 Amid the frenzy surrounding U.S. President Donald Trump's abrupt firing of FBI Director James Comey last week, you may have missed another alarm bell ringing from the Oval Office with more tangible implications for investors.

It was the president's interview with the Economist magazine during which he sums up "Trumponomics" as having to do with national "self-respect" and the pursuit of fair trade.

The president's protectionist bent is hardly news, but the priority it commands in an interview containing scarce detail on tax reform should unnerve investors.

Following a lengthy rant against NAFTA and his plans for "massive" reform (big is not a good enough word), the president is eventually pressed on tax cuts.

The discussion gets off to a rocky start when he appears to take credit for a decades-old economic concept known as "priming the pump," while explaining that a short-term increase in the deficit will lead to long-term growth.

In a question, the argument goes from vague to incoherent. Trump veers off course to discuss the 35 percent border tax with which he threatened U.S. carmakers.

"They (Ford and GM) are all plants because I told I I get along with them great." Not a sterling example of the supply-side tax reform markets are banking on.

From there, Trump stands by plans to slash the repatriation tax but then wavers on the question of an interest deduction for corporations and a potential VAT, giving the impression that few details have been ironed out.

When it comes to the politics of tax, Trump displays cautious optimism that his plan will get enough Democratic support – less than reassuring coming from a man prone to hyperbole.

He also regards the repeal of Obamacare as a foregone conclusion when suggesting that future savings from health care reform will help pay for the tax cuts. That's a bold bet, even for a real estate tycoon, considering the changes the Senate wants to make to the reform bill.

Trump also defends himself against critics of the administration's one-page tax draft, saying he contemplated putting out a larger thing before it was pretty well covered. "Hard to believe," he admits. 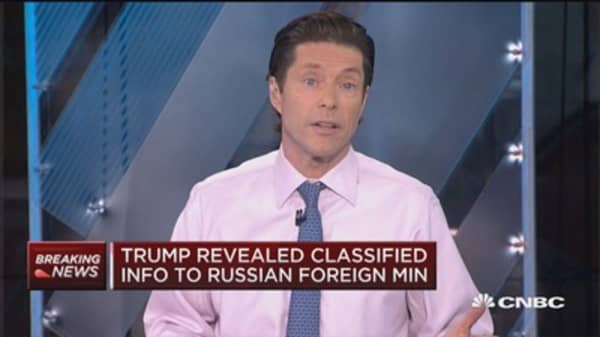 The same could be said of U.S. equity valuations. Despite some signs of fatigue in the Dow and S&P 500 at the end of last week, the two indices are still up 14 and 12 percent respectively since the U.S. election. The tech-heavy NASDAQ, meanwhile, appears immune to political jitters having closed out the first four-week winning streak since March off the back of solid earnings. Nevertheless, whispers on Wall Street point to growing anxiety that tax reform may not get pushed through in time for the midterm elections in Congress in 2018.

In that event, the worst case for investors would be if Republicans pay the price for inaction by losing their majority in either the House or Senate.

Well before the White House was in view, Trump famously wrote in the "Art of a Deal" that a little hyperbole never hurts.

But he also concedes that if you don't deliver the goods, people will eventually catch on. If the bulk of the Trump reflation trade is built on the premise that "massive" tax reform is a done deal, then investors would be wise to take some risk off the table until the goods are delivered.