Three now-former Minneapolis police officers had bail set at up to $1 million at their arraignment Thursday on charges of aiding and abetting a fourth cop in the alleged murder of George Floyd, a black man whose Memorial Day death while in their custody has led to more than a week of protests nationwide over police brutality.

But with certain conditions, the three men could be released on bail of $750,000 apiece, Judge Paul Scoggin said, before ordering them to next appear in court on June 29.

"I'm hard-pressed to come up with any comparisons in this case," Scoggin said, as he agreed with the recommendation by Minnesota Assistant Attorney General Matthew Frank that unconditional bail of $1 million apiece, and $750,000 bail apiece with conditions, was warranted.

Those bail conditions include not working in any law enforcement capacity, surrendering any firearms, voiding their firearm permits, having no contact with Floyd's family and agreeing to waive extradition should they leave the state of Minnesota.

The trio had assisted another Minneapolis police officer, Derek Chauvin, in arresting the 46-year-old Floyd on May 25 on suspicion of making a purchase with a counterfeit $20 bill.

Chauvin, who is white, knelt on Floyd's neck for nearly nine minutes, during which Floyd said repeatedly, "I can't breathe."

None of the three entered pleas to the charges after they were brought into Scoggin's courtroom to sit behind frosted glass facing the judge, out of view of others present in the room.

Frank argued for the high bail amounts by citing widespread public knowledge of the case, and the risk that the defendants would flee to avoid the charges, which could result in long prison sentences if they are convicted. The murder-related charge carries a 40-year maximum sentence.

Lawyers for each of the men had asked for much-lower bail amounts.

At the same time as the hearing, a memorial for Floyd, one of several planned, was being held in downtown Minneapolis.

The remains of George Floyd are taken to a memorial service in his honor on June 4, 2020, in Minneapolis, Minnesota.
Kerem Yucel | AFP | Getty Images

Ellison added the second-degree murder charge against Chauvin on Wednesday, when he lodged the first charges of any kind against the three other men. Chauvin remains in custody.

All four officers were fired a day after Floyd died, when graphic video of his arrest went viral.

Thomas Plunkett, a defense attorney for Kueng, in arguing for bail as low as $50,000, offered condolences to Floyd's family at the arraignment hearing.

Plunkett said that Kueng had not even completed his third shift as a full-fledged officer at the time of Floyd's arrest.

The lawyers also said that Kueng told his fellow cops, "You shouldn't do this" during the incident. 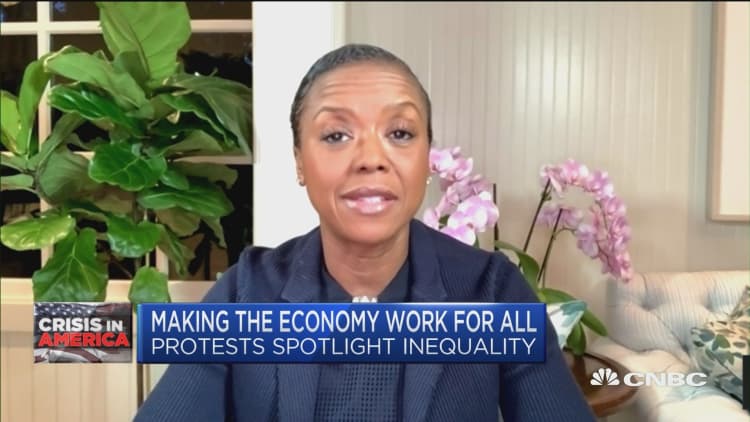 Lane's lawyer, Earl Gray, also asked for bail as low as $50,000, noting that right after the incident, he gave a statement to investigators.

Lane asked Chauvin during the arrest twice "shall we roll him over?" in reference to Floyd.

Police records indicate that while the men were rookies, they had more experience than a handful of days on the force, the Associated Press reported. According to their records, they joined the department in February 2019 and became full officers in December. Minneapolis officers must serve a year on probation and spend time in field training with a more senior officer before they are fully qualified.

The lawyer also said that Lane had got into an ambulance with Floyd and performed CPR in an effort to revive him.

"Is CPR probable cause for aiding and abetting a felony?" Gray asked.

Ellison, in announcing the charges Wednesday, had said, "We are here today because George Floyd is not here."

"George Floyd mattered. He was loved. His family was important. His life had value," Ellison said. "And we will seek justice for him and for you," Ellison said. He noted that winning the cases "will not be an easy thing. Winning a conviction will be hard." 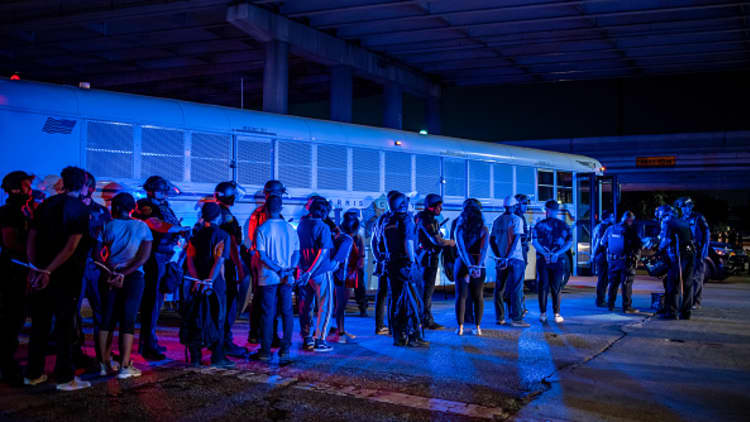 watch now
VIDEO2:5702:57
Over 10,000 people have been arrested as protests continue across U.S
News Videos

U.S. Attorney General William Barr at a news conference Thursday noted that the U.S. Justice Department and FBI are "conducting a parallel and independent investigation into possible violations of federal civil rights laws."

Barr said that President Donald Trump "has directed me to spare no effort" in that probe.

He also said that "the video of the police conduct in this video, as I said before, is harrowing."

"When you watch it and imagine that one of your own loved ones was being treated this way and begging for their lives, it is impossible for any normal human being not to be struck to the heart with horror," Barr said.

Barr called Thursday "a day of mourning" for Floyd.

"And the day is coming soon, I am confident, when justice will be served," he added.

"George Floyd's death was not the first of its kind, and it exposes concerns that reach far beyond this particular case. While the vast majority of police officers do their job bravely and righteously, it is undeniable that many African Americans lack confidence in our American criminal justice system. This must change."

—The Associated Press contributed to this report