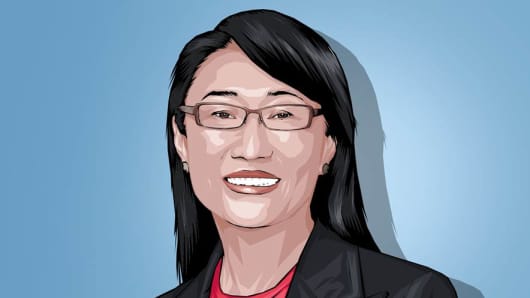 "It takes humility to realize that we don't know everything, not to rest on our laurels and know that we must keep learning and observing."

One of the most powerful women in technology, and the most powerful in wireless, isn't based in Silicon Valley but on the other side of the Pacific Ocean. She is Cher Wang, co-founder and chair of Taiwanese smartphone maker HTC, which at one point made one in every six smartphones sold in the U.S. but is now battling a perilous sales slump.

Wang started out after graduation by hawking motherboards in 1982 for First International Computer, which her sister Charlene had co-founded. The sisters inherited business genes from their father, Wang Yung-ching, the billionaire founder of Formosa Plastics. It's said that, while on the road, Wang got the idea for what would become the smartphone by wishing she had a computer small enough to carry in her pocket. In 1987, she and her husband, Wen-chi Chen, co-founded integrated chipset maker VIA Technologies. Ten years later, HTC began as a contract manufacturer of notebook computers before finally making Wang's smartphone vision a reality. 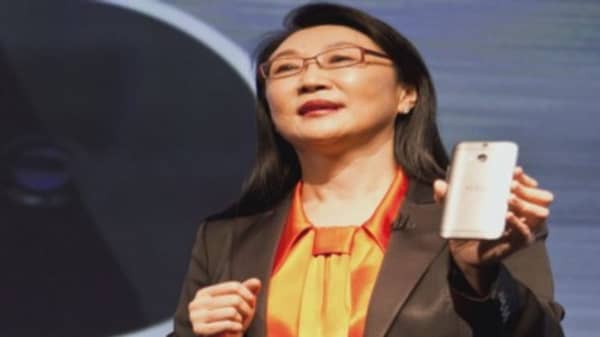 HTC's rapid success as a smartphone manufacturer, first on contract and then with its own brand, made the couple the richest people in Taiwan in 2011. Their estimated joint fortune was $3.1 billion that year, but, with HTC's stock price having fallen by 90 percent, Bloomberg no longer lists them as billionaires. Wang has recently retaken control of the company's sales and marketing, leaving CEO Peter Chou to focus on product development.


The HTC brand is often not immediately recognized by U.S. consumers because of the company's strategy of creating low-cost Windows and Android phones directly for leading carriers such as Verizon, Sprint and T-Mobile. That, for better or worse, hitched HTC's star to those of Microsoft and Google. Shortly after unveiling the first phone to use the Android operating system, HTC was sued by Apple over 20 alleged infringed patents, prompting countersuits from HTC but leaving Wang caught in the crossfire between Apple's and Google's mobile operating systems. Apple and HTC declared a truce with a 2012 licensing agreement.

The downside of HTC's lack of brand sizzle is that Wang must turn around a challenging line of well-received but slow-selling phones. Samsung phones—in particular the Android-running Galaxy—have knocked HTC off its perch in developed markets, while it has lost share to LG and Lenovo in emerging ones. Annual sales have fallen for two successive years. Samsung mastered Apple's marketing tactics in making a smartphone an emotional buy in a way that HTC is only now getting to, perhaps too late. Wang is broadening the product line from handsets to smartwatches and other wearable devices.

She aims to revive HTC in China with high-end smartphones designed for Chinese consumers, who in the past few years have ditched their HTCs for iPhones and Galaxys, as Europeans and Americans have. The company has reportedly been working with the national government to develop a China-specific mobile operating system. Wang launched HTC's flagship smartphone, One, in China in 2013—its first new-phone launch outside the U.S. She has set a target of a 20 percent market share in China's high-end smartphone market.

At the height of HTC phones' popularity in China, in 2011, Wang was named one of the Persons of the Year by the country's state broadcaster, CCTV. The following year, she got involved in Taiwan's 2012 presidential election by backing President Ma Ying-jeou's re-election, saying she supported his policy of pursuing relations with China. Her father had been a vocal supporter of closer economic ties between Taiwan and China.

None of this has dented Wang's central role in Taipei's tech ecosystem. Apart from her own companies, she sits on the board or advises scores of Taiwanese start-ups. For a while, though, she'll have less time for them and for her philanthropy, as she says she is now devoting six days a week, rather than two, to getting HTC growing again.