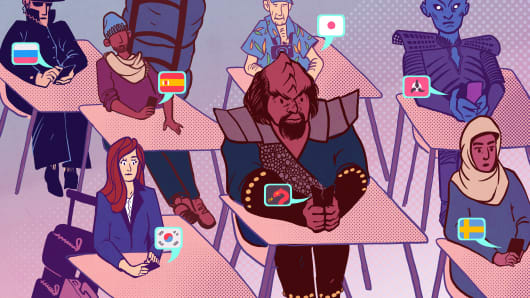 When Duolingo co-founder and CEO Luis von Ahn was growing up in Guatemala City, he knew the way out of poverty was to learn English. The problem was that it was expensive. His Pitttsburgh-based start-up, founded with Severin Hacker in 2011, tackles that hurdle.

Duolingo offers online instruction in more than 30 languages for free. The lessons are short — some take only a few minutes — and the format is like playing a game (which makes them fun and more likely that folks will return every day). The 150-person company says it has more than 300 million users on its platform and reached $36 million in revenue last year through a combination of advertising and paid services.

In addition to Spanish, Italian, French and German, users worldwide can learn character-based languages on Duolingo such as Japanese, Korean and Mandarin Chinese. It has even developed languages for the entertainment industry, such as High Valyrian for the HBO hit series "Game of Thrones." Users can set a goal for themselves (casual learner or serious) and how much time they're willing to dedicate each day to the lessons.

Duolingo has partnered with top universities and institutions for acceptance of the Duolingo English Test, a fairly significant achievement. The DET disrupts traditional language certification exams such as the TOEFL by offering a test that's less expensive ($49 vs. $250) and can be done on a computer in 30 to 45 minutes rather than in person at a testing center. More than 500 universities and institutions now accept the DET, including Yale, NYU, UCLA, Northeastern and Notre Dame.

The company has raised $108 million from Drive Capital, Kleiner Perkins and Union Square Ventures and is valued at $700 million.