Not even Apple Music has slowed it 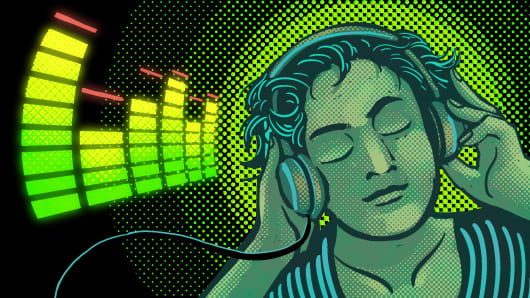 For $9.99 a month, customers of Spotify get an ad-free premium service that offers up song selection and the ability to cache music for later listening on mobile devices, laptops, and tablets. The free service is unlimited listening, but features ads — the primary way Spotify generates revenue. And in a bid to get customers on board early and keep them loyal, the company recently launched Spotify premium for students. The service is available in 33 countries and is priced at about half of what a regular premium subscription costs.

In addition to bringing the streaming service to Japan and Indonesia recently, Spotify also acquired several companies, including CrowdAlbum, a company that aggregates photos and videos from artists' performances so that they can stay better connected with fans. Keeping artists happy is an ongoing battle for Spotify and other music-streaming services. Artists complain they are unfairly compensated; each is paid based on the number of streams downloaded through the service.

Still, the company has raised $2.1 billion, according to PitchBook, from investors, including Technology Crossover Ventures, Accel Partners and Goldman Sachs. Talk is heating up that Spotify will file for an IPO this year. That's because in previous rounds, investors have negotiated the right to turn their stakes into shares at a price that's lower than the IPO price. The longer the company waits to go public, the greater the discount would become. That might just be the thing that brings an IPO sooner rather than later.