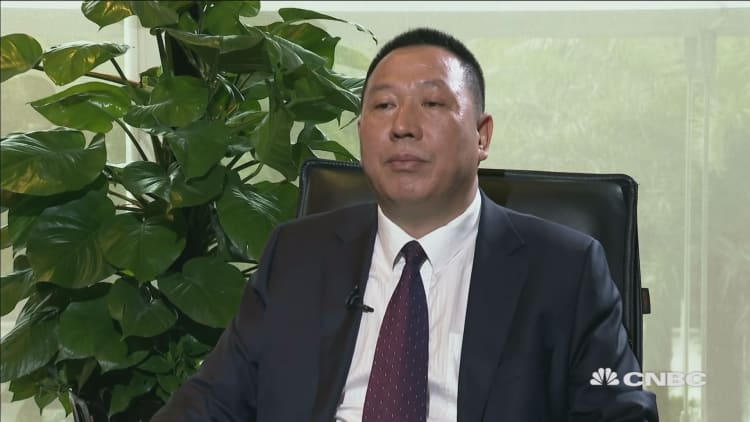 Huawei has taken the next step in its legal case against the U.S. government in a bid to expedite the process.

In March, Huawei filed a lawsuit against the U.S. alleging a law that bans government agencies from buying the Chinese technology giant's equipment is unconstitutional.

The lawsuit focuses on a provision in a law known as the National Defense Authorization Act (NDAA). Section 889 of that legislation prohibits executive government agencies from procuring telecommunications equipment from Huawei and rival ZTE. Both are explicitly named in the act.

Now Huawei is filing what's known in legal terms as a "motion for summary judgement." It's a request that the court rule in Huawei's favor as a matter of law. That is, the company is saying this case presents questions about law — the NDAA and the U.S. Constitution — and does not at this point involve any dispute over facts.

The Eastern District of Texas court has scheduled a hearing for Sept. 19. It could take several months to get a decision on Huawei's motion.

Huawei's aim is to speed up the process. If the court rules in favor of the Chinese tech giant, there will be no need for a full-blown trial. Lawyers for the U.S. government could, however, ask the court to reject the motion.

The technology firm is looking to get Section 889 of the NDAA thrown out. It is possible to get a single section of the law removed without ripping up the entire legislation.

Huawei argues that the provision in the NDAA in which it is explicitly named is a "bill of attainder" — wherein a legislative act pronounces a specific individual or group guilty of some offense and punishes them without due process. That's forbidden by the U.S. Constitution.

The company's lawyers also argued that Section 889 is unlawful because the firm cannot hear the evidence against it and fight that in court, therefore violating its rights to due process.

Huawei's legal team has argued that Congress is unconstitutionally acting as a judiciary by including the provision in the legislation and banning the company's sales to federal agencies in law.

If the technology giant is successful, it is hoping to open conversations with the U.S. government.

Huawei has long argued that its absence from the U.S. market will hamper competition and leave the country lagging in next generation networks known as 5G — claims that experts have questioned.

Washington's public rationale is that Huawei constitutes a potential security risk — and it's not alone in that concern. Major governments including Japan and Australia have effectively blocked the Chinese telecommunications equipment maker from providing hardware for 5G development. The U.S. has said Huawei equipment could allow the Chinese government to view or affect American networks — a claim the company has repeatedly denied.

The U.S. has upped the pressure on Huawei in recent weeks. President Donald Trump signed an executive order earlier this month that gives the government authority to block transactions that involve information or communications technology that "poses an unacceptable risk to the national security of the United States." Huawei wasn't explicitly named, but it was seen as another move to snub the company.

Huawei was then placed on a blacklist that means American firms will need to get a license from the government to sell or transfer technology to the company.

That led to Google suspending some business with Huawei that involved the transfer of hardware, software and key technical services. Shortly after, the U.S. eased some restrictions for 90 days allowing Huawei to still access the key technology it needs — including Google's.

If Huawei doesn't have access to key American technology like components or software for its smartphones, it could be very damaging for its business, experts told CNBC. The CEO of Huawei's consumer division Richard Yu, told CNBC its own operating system for smartphones could be ready in international markets in the first half of 2020, if the company is not allowed to use Google's Android.

"The addition of Huawei to the (black list) is a dangerous move because they have disregarded facts and evidence," Song Liuping, Huawei's chief legal officer, told CNBC in Mandarin. "It is speculation and political reasons. Based on speculation and political reasons without facts and evidence, they have imposed the most severe sanction on a company."

Song added that the company is considering "various remedies," including legal actions.

Against the backdrop of Huawei's issues is the ongoing U.S.-China trade war. Trump has even said Huawei could be included as part of a broader trade deal between the world's two largest economies.

On that subject, Song said his company would rather stay out of the clash between Washington and Beijing.

"Huawei is a commercial company: We only hope to win over customers through products and services and win over markets through having market competition," he said, according to a CNBC translation. "We don't wish to become the bargaining chip in a trade dispute. We don't really care that much about the trade dispute. Our focus is very much on our products and services."

Huawei has tried to counter the pressure in recent months by going on the front foot through a concerted public relations push and attempting to put out other fires through legal means. The company's CFO, Meng Wanzhou, is currently facing extradition from Canada to the U.S. Her lawyers are looking to get her extradition case thrown out.