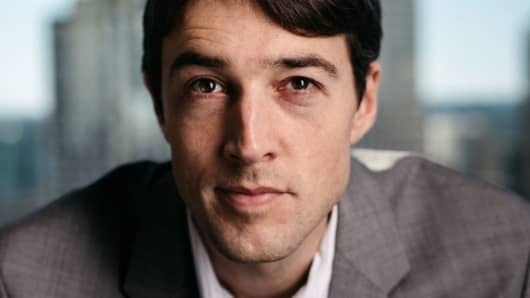 The folks at Curb, the energy-tracking platform, believe the cleanest and cheapest energy is the energy you don't have to use. This Austin, Texas-based company created a device that plugs into a home's breaker box with special sensors that connect onto each circuit. The sensors track how much power the circuits are churning out, and then Curb sends that data to the cloud, letting homeowners monitor their energy usage in real time from their computer or smartphone via Curb's app. The Curb device costs about $400 and can tell you how much you're spending on electricity at any given time, and enables homeowners to connect to smart home devices so they can remotely turn things off or on from a smartphone.

Erik Norwood, who spent time in the solar industry and is listed on Curb's website as a former rocket scientist with Boeing, started the company in 2012 around the idea that the home should be just as tech savvy as a phone or car.

In addition to the cost of the device, a homeowner needs to hire an electrician to install the Curb device. To help clear that hurdle going forward, the company recently partnered with Schneider Electric, one of the largest manufacturers of residential breaker boxes. The thinking is that Schneider can help Curb get its devices installed in homes before folks even move in. So far, the company has raised $3.5 million from investors, including Capital Factory, Keiretsu Capital and Tech Coast Angels.