Taking the lead in the new space race. 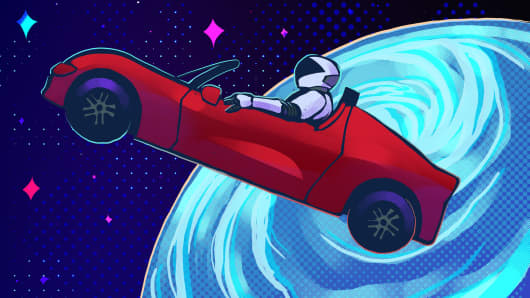 It's not sending people into space yet, but SpaceX did recently launch founder Elon Musk's cherry-red Tesla Roadster into orbit. In early February the company, which designs, manufactures and launches advanced rockets and spacecraft, successfully launched its Falcon Heavy rocket from the Kennedy Space Center. It is the first time a rocket this powerful has been launched by a private company rather than a government space agency. The test run didn't contain any commercial payload, but it did carry Musk's Tesla electric convertible (he also founded the automaker), complete with a mannequin seated behind the wheel dressed in a SpaceX spacesuit. The car (and driver) are expected to orbit the sun for hundreds of millions of years.

This is just the latest step in the Hawthorne, California-based company's journey to eventually send humans to Mars and beyond. The Falcon Heavy rocket will play a key role in that plan because the company is betting that it can carry goods and people between Earth and the red planet. In the meantime, SpaceX is continuing its collaboration with NASA. In mid-April the agency sent a satellite into space aboard the company's Falcon 9 rocket that will spend the next two years searching the skies for additional planets.

SpaceX — which is making its sixth appearance on the CNBC Disruptor list — is also sending cargo missions to the International Space Station. In fact, in 2016 NASA awarded the company an additional contract that will cover at least six flights to the ISS from 2019 onward. In total SpaceX has more than 70 missions booked for commercial customers as well as NASA, representing $12 billion in contracts. Venture funds from Google and Fidelity Investments have poured more than $1.6 billion into SpaceX since its founding, and the company is reportedly in the midst of raising an additional $507 million in funding, bringing its valuation to $28 billion. 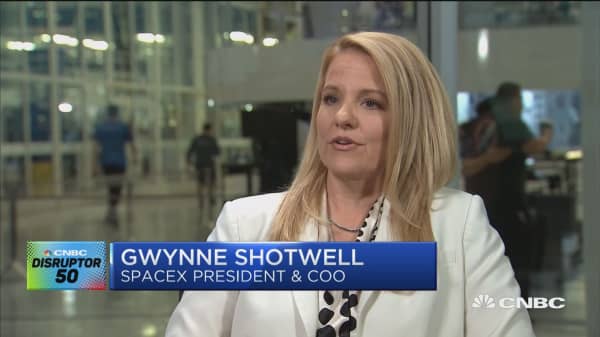